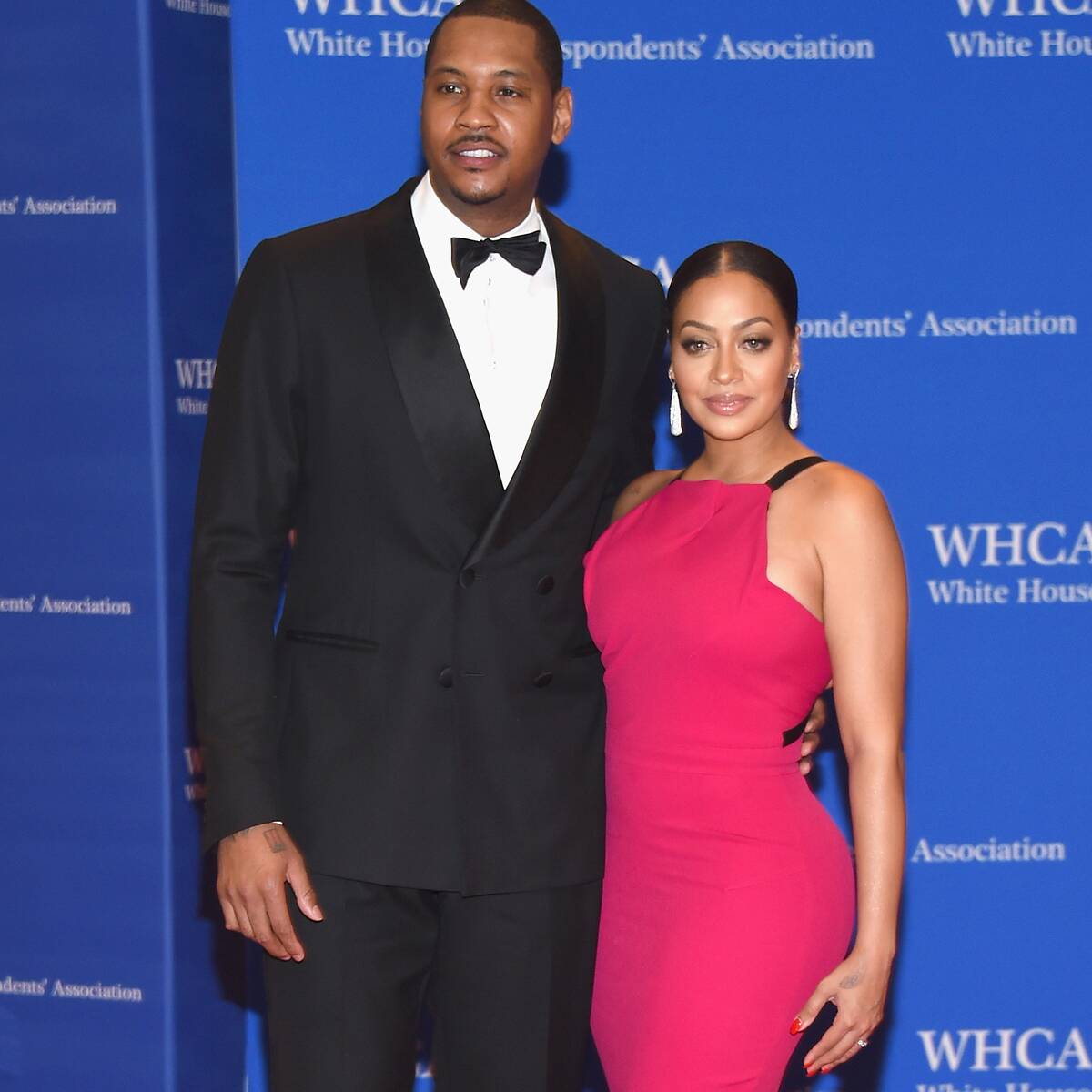 After filing for divorce, a certain woman has revealed what made Carmelo Anthony and Lala Anthony split officially.

According to her, Carmelo Anthony is the father of her newborn twins and this is what made Lala Anthony finally file for divorce.

The woman said she met Carmelo in New York in 2020. After turning him down a few times, he insisted that he was not trying to hit on her but just wanted to be “cool” and “hang out” so she gave him a chance.

They slowly developed a friendly relationship before it turned sexual despite the fact that Carmelo had reconciled with his wife LaLa and even quarantined with her.

The woman said during 2020, they talked almost every day and the two eventually hung out and later started hooking up. She noted that although she knew Carmelo was married, he came off as a single man because he would FaceTime her in his bed at his home, which he shares with LaLa Anthony, and noted that he didn’t even spend holidays with his family.

She says she didn’t feel bad about seeing Carmelo because, according to her, she also knows “who’s f*cking LaLa too!”

In September, the woman found out she was pregnant with twins.

The woman claims that the twins were born prematurely and that one of the newborns had severe health problems.

She went on to say she decided to come forward about the relationship because Carmelo has been hard to reach since the babies were born and she wants him to be a part of their lives.

The woman said she previously denied pregnancy rumors to protect Carmelo and his family.

She said that although he has provided a place and some money, that’s not enough for her kids who need to know who their dad is.

“I’ve seen my wrong in the situation and I should’ve never let this get this far, but I don’t want my kids to suffer,” she said.

She even noted that she’s open to speaking with LaLa, but doubt she would give her the opportunity to talk things over.

The woman shared screenshots of messages she and Carmelo exchanged with Hollywood Unlocked.

Carmelo and LaLa had separated in 2017 after Carmelo allegedly got a stripper pregnant. They reconciled in 2019 and remained cordial for the sake of their son. They even quarantined together in 2020.

However, Lala filed for divorce on Thursday, June 17, after 11 years of marriage.

Patoranking Out With Anticipated Single, ‘Celebrate Me’ (Listen)
Photos from the court wedding of actress Yetunde Barnabas and footballer Olayinka Peter
Advertisement