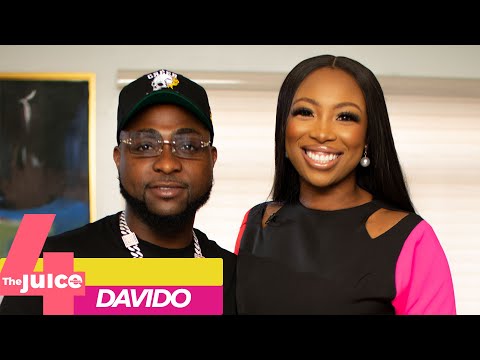 David Adeleke, a Nigerian singer and record label boss, better known as Davido has revealed that he will definitely marry his son’s mother, Chioma, but not now.

Davido revealed this when speaking during a recent interview with Ndani TV. In the barely 30 minutes interview, the singer shared interesting facts with Bolanle Olukanni (his interviewer) about his forthcoming album #ABetterTime, his experience during the COVID-19 lockdown, signing the first female artiste on his record label and his marriage with Chioma.

According to the singer after Chioma got pregnant, he felt like he was under pressure to marry her.

“After the Assurance video, Chioma received hate messages from people. Her parents even got hateful messages.

“We started having issues at some point and we decided not to tell anyone anything about us, that’s was when I decided to go offline for a while.

“I felt pressured at some point to officially do the wedding but now I don’t. At the end of the day, it’s between both of us and our families.”

“We would get married but not now. We are trying to make the foundation solid and I’m so happy now that Chioma is focused on making money.

“We are not riding on the wave that people want this for us.”

Watch the full interview video below;

Continue Reading
Advertisement
You may also like...
Related Topics:Chioma, Davido