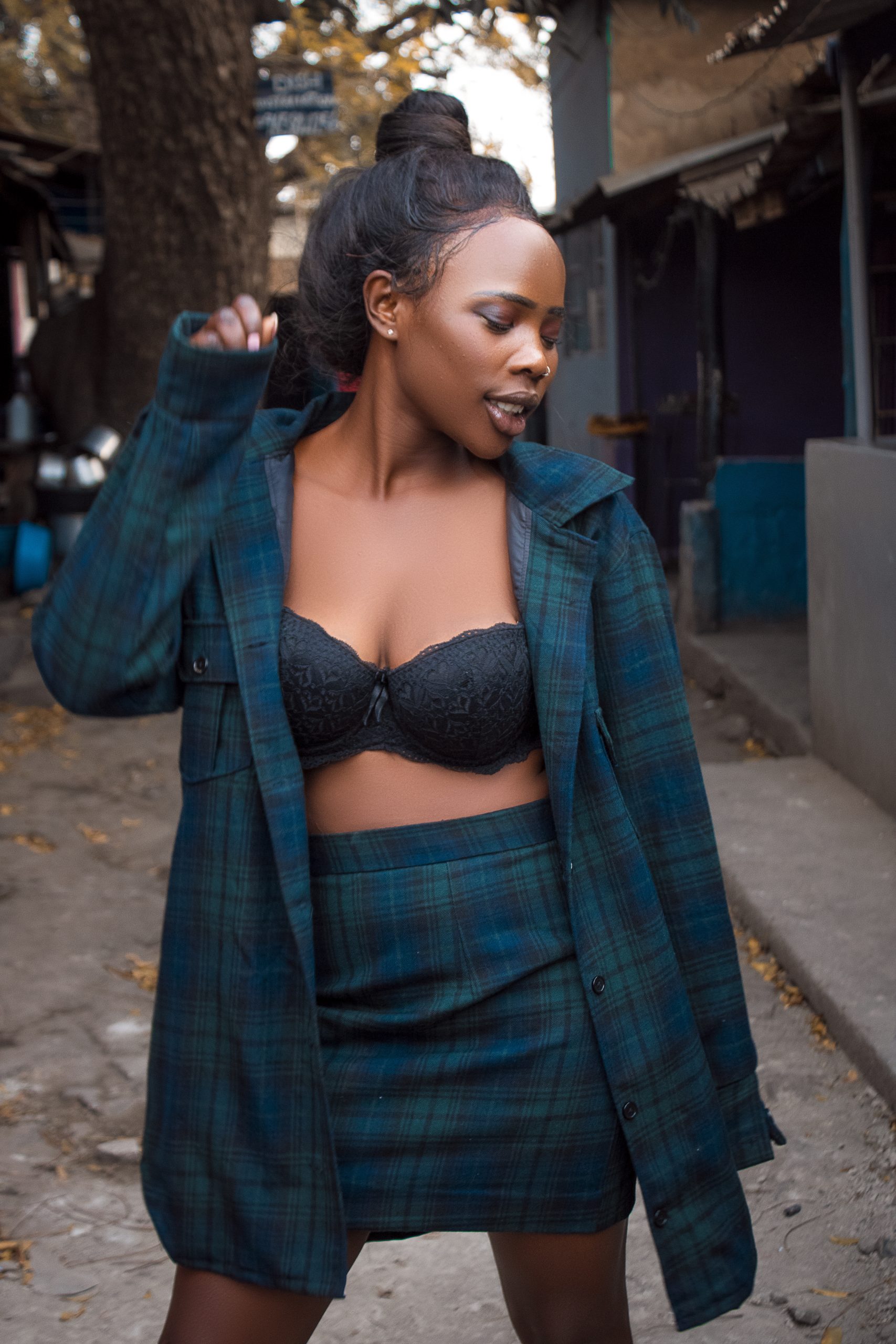 Katrina Sakala also known as Carol but professionally known as Trina South is a Zambian rapper and vocalist born on 14th February 1998.
She coined her stage name from a nickname her grandmother used to call her South girl. She started doing music at a young age and recorded her first song at the age of 14. She drew major inspiration from her mum who used to sing in the church choir.

Trina South has been one of Zambia’s fast rising artists in the music industry. She was picked as an Empawa Africa finalist in 2018 an initiative by Nigeria’s multi award winning artist Mr Eazi aimed at identifying some of Africa’s best artists, she was also nominated for one of Africa’s most prestigious awards the AFRIMAS under the category best female southern Africa in 2019. She has performed at some of Zambia’s biggest events hence sharing the stage with some big names in the industry.
She has done songs like “Elevate” , “Weka” , “Tulo” , “Mwano” , “James” featuring Macky 2, Love me featuring Shasha a South African/Zimbabwean artist. Trina has featured in big songs, she has worked with other big names like Jae Cash, Ben Da Future, Bow Chase among others.
In 2020 Trina intends to release a mixtape and drop a video for her hit single Tulo.

Continue Reading
Advertisement
You may also like...
Related Topics:Trina South