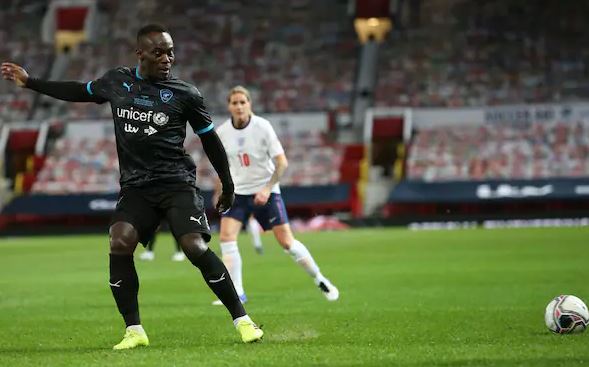 Football is one of the most celebrated sports in the world. Africa has produced great players since the 70s who continue to be hailed for their achievements during their prime years.

Some of the greatest African footballers are still actively involved in sports.

A good fraction of them come back to work as football managers for local teams while others help scout for talents and train young players after retirement.

African footballers are known to give back to society. They get involved with community projects like establishing football academies, schools, hospitals, and working with the government to help the vulnerable in society.

Samuel Eto’o is not only one of the greatest African footballers in history, but also one of the richest. Eto’o has 4 African Player of the Year prizes to his name. He has dozens of attainments and notable career triumphs. This includes winning FIFA Club World Cup and the UEFA Champions League with Inter Milan in 2010 when Jose Mourinho was the manager. The player won two Cup of Nations, Olympic gold, and played for Indomitable Lions in 3 World Cups.

George Weah, the former Liberian footballer, joined politics and became the 25th president of Liberia in 2018. He had also served as a senator before he won the presidency. The ex-footballer lifted the African Player of the Year award three times. It is no surprise that his people love George Weah at home enough to trust him with the presidency.

Didier Drogba is one of the greatest African footballers known for his skills and career success. The all-time top scorer and former captain of the Ivory Coast national team scored more than 300 goals in his football career. He lifted 4 PL trophies, 4 FA Cups, 3 English League Cups, 2 Community Shields, and a UEFA Champions League trophy in 2012. Drogba was named African Player of the Year two times and made the top three eight times.

Roger Milla was born on 20th May 1952. While the prime years for footballers is between 27 and 30, Roger Milla proved naysayers wrong when he appeared in a World Cup when he was 42 years old. Milla has won the African Player of the Year prize two times and won the Nation’s cup twice for Cameroon. Roger Milla’s consistency is what makes him stand out amongst African footballers.

Abedi Ayew got the nickname Pele due to his football skills and abilities, which were compared to Brazilian legend. He was one of the most recognized African players in the 1990s. He has won the African Footballer of the Year 3 times and has been honoured as a BBC African Player of the Year once. He is among the greatest African footballers of the past 50 years.

Not many African footballers can brag about winning the English Premier League, UEFA Champions League, Olympic Gold award, UEFA Cup, and FA Cup. Nwankwo Kanu can. Even after being put down by illness and having a heart procedure, the Nigerian centre-forward came back. He was born on 1st August 1976 and has been named African Player of the year two times and BBC Footballer of the Year twice.

The most outstanding midfielder out of Cameroon and possibly in Africa is Ivorian Yaya Toure. His vision and attacking skills is something football pundits always talk about. He is hailed as the footballer with the most African Player of the Year prize, having been honoured with the award four times. Some of Yaya Toure’s peak football moments were when he was at Barcelona and Manchester City.

Jay-Jay Okocha played football so well that people often mistook him for a Brazilian. The Nigerian star was born on 14th August 1973 and proved to be a machine when he was on the field. One of the star’s exceptional skills was dribbling a whole side. He was a first-team player in all clubs he played for. Jay Jay Okocha is recognized for winning the African Cup of Nations, Olympic Gold with Nigeria, and BBC African Player of the Year honours twice among other honours.

Michael Essien fast established himself as a rising star when he started playing local tournaments at home. He may not have many honours to his name, but he remains one of the greatest to come out of Ghana. The player represented Ghana at the World Cup once, won one UEFA Champions League trophy, four notable titles, and dozens of domestic championships.

Mohamed Aboutrika is ranked as one of the most skilled attacking midfielders and forwards from Egypt. He helped Egypt win the 2008 Africa Cup of Nations by scoring the winning goal. He also won the African Cup of Nations in 2006 with his country’s national team.

What should be the first drink you should have in the morning?
Did you know chronic hiccup could be a symptoms of underling health conditions?
Advertisement