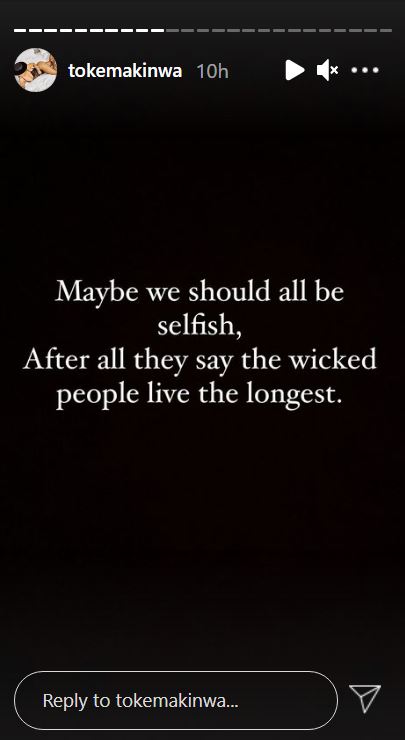 Vlogger Toke Makinwa has taken to her social media page, Instagram, to complain about her staffs to her over four million followers on the platform.

Toke Makinwa lamented about how she’s being taken for granted after being good to her staffs. The On-Air Personality (OAP), said she considering being selfish to people because of the general assumption that wicked people live long.

“Sometimes being good to people can really be exhausting. You treat your staff so decent yet they prey on you,” she wrote.

“It’s like they expect you to be trash to them that when you are good, they take it for granted and take the piss. Maybe we should all be selfish. After all, they say the wicked people live the longest,” she added.

Toke Makinwa is known for being vocal on social media. She has discussed love, marriage and moral, amongst other issues affecting the Nigerian society.

Continue Reading
Advertisement
You may also like...
Related Topics:Toke Makinwa