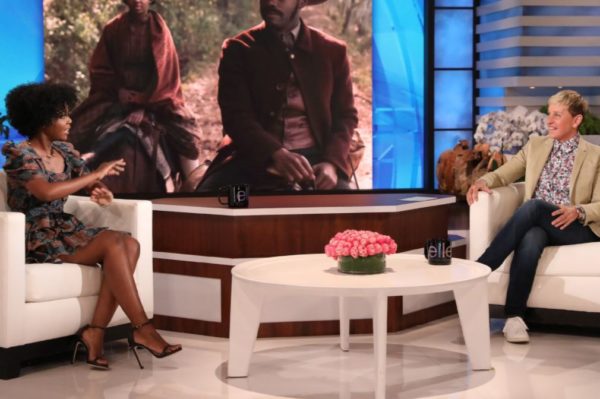 Thuso Mbedu has been consistently flagging South Africa high for the past few months, and now she’s made Mzansi proud on the international show, The Ellen DeGeneres Show.

Taking to social media, the actress shared photos of herself being interviewed by the host of the show, Ellen and it’s obvious they had a swell time together.

“Had a great time on @theellenshow This was my very first in studio interview (EVERYTHING else has been virtual). Can you tell how excited I was?

Don’t think I could’ve smiled any wider even if I tried (last frame),” she captioned post.

Thuso spoke about the American movie she starred in, The Underground Railroad, and how she felt upon bagging the lead role.

Watch the Full interview below: