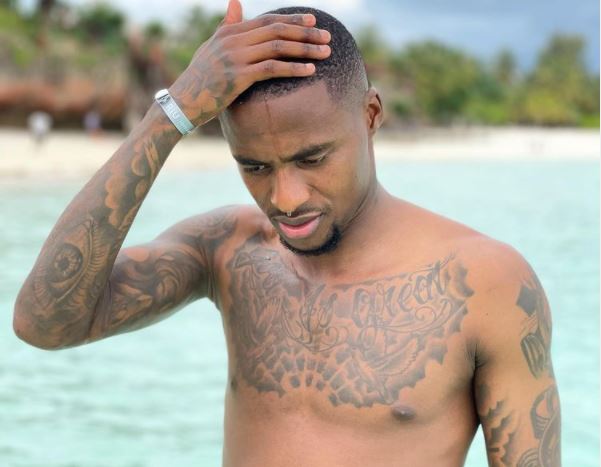 Thembinikosi Lorch paints Natasha Thahane a liar as he takes back his word on the dating rumor that went viral on social media.

On Sunday, the two sparked dating rumor with their social media posts, but Lorch denied knowing who the actress is.

Natasha also tweeted that she’s been single for the past 3 years.

While many had accepted fate that all that happened was just a coincident despite strong evidence on them, Lorch decided to come clean and open on Tuesday.

Taking to social media, the Orlando Pirate star shared a photo of his girlfriend which turns out to be Natasha Thahane.

The actress also shared a photo of herself cuddling a young man, though it’s his back view she revealed, but after been observant, the back view looks like the football star.

Reacting to their new confession, people congratulated them, as many wanted the rumor to be true.