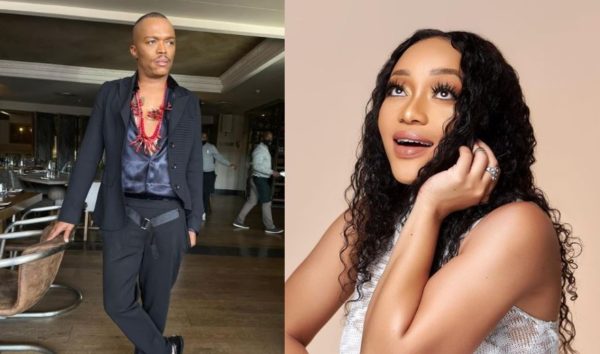 The media personality revealed pulling a prank at those who worked on the interior decor and fixing of the store before it was launched.

In the video shared on Instagram today, Som strolled down to the store which was not opened yet, and knocked the door, a worker attended to him, and he revealed that he was looking for a job, the worker tried making him realise he needs to speak with the owner of the business.

It got interesting after Somizi gained entrance into the store fully, as he revealed some hilarious and false claim about his relationship with Thando.

Aside looking for a job, he said Thando was his ex-lover, but he left her because she talks to much and was not smart, but he is wowed at how much she’s done for herself; he also gushed over he mural on the wall.

However, the workers laughed off his claims and said he was lying.

Well, stepping out of the store, Somizi said the reason why the workers didn’t believe him is because they think he is gay, but he refused being gay, saying that Thando is the future mother of his second child.

Check out video below: