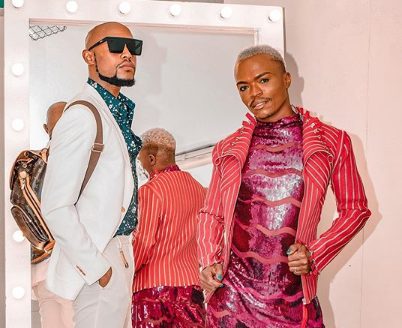 Somizi has finally broken his silence following the allegations made by ex-husband, Mohale.

The media personality says he will only be commenting once he seeks legal counsel.

Over the weekend, allegations of abuse came to light as Sunday World reported that Mohale has accused the Idols SA judge of abuse in an interview Mohale apparently did with producers of the reality show, Living the Dream with Somizi.

TshisaLIVE received a brief statement from Somizi’s management in which he said he is aware of the allegations of abuse against him.

However, the star says before making any further comments on the matter he will refer the matter to his lawyers.

“Mr Somizi Mhlongo has become aware of allegations allegedly made against him by his estranged husband, Mr Mohale Motaung, published in the Sunday World newspaper on 1 August 2021. Given the severity of the allegations, Mr Mhlongo has referred the matter to his legal team who are best equipped to handle the matter moving forward.

“No further comment will be given until such a time deemed necessary by his legal representatives,” read the statement.

However, Mohale was reached out as he had not responded by the time this article was published.