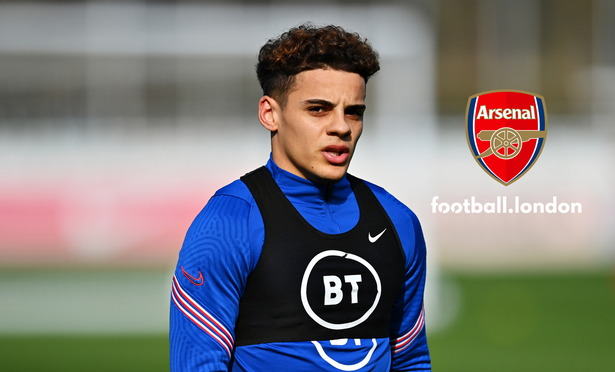 Arsenal have been highly inconsistent since moving to the Emirates stadium but despite the lows, there have been some major highs along the way. Primary among them are the four FA Cup wins that have provided some joy to the fans.

After two seasons of finishing in eighth place, there is a lot left to be done if the Gunners want to be back among the best. Today, we are not discussing the negatives but let’s take a look at the positives.

There have been many big signings over the past few years some of which have worked, while many didn’t. So, without further ado, let us take a look at the club’s best signings from 2016/17 to 2020/21.

The current captain is coming off a disappointing season where he managed to score only 15 goals. That return is considered disappointing due to the standards the striker has set for himself.

Since arriving from Borussia Dortmund, the Gabonese forward has been a goal-scoring machine. Proving to be prolific under Arsene Wenger, Unai Emery and Mikel Arteta, Aubameyang has been one of the best Gunners players.

There is hope that the captain can return to his former self and help lead the team back to glory. Next season is crucial and if the striker is firing on all cylinders, it could be a successful one.

The Swiss midfielder may divide opinion like no other but there is no denying the influence he has had on the north Londoners. The 28-year-old is heading for the exit with interest coming in from Italy.

Xhaka has managed to impress under different managers who have always trusted the player. His relationship with the fans may be a bit touchy but that takes nothing away from the sheer talent and leadership the Switzerland captain brings.

The midfielder’s potential departure is going to leave a big hole in the Gunners setup, and they need to find an adequate replacement. Arsenal have had players better than Xhaka, but few could match the toughness and tenacity of the Swiss star.

Another player that could be on his way, the German has been an impenetrable force between the nets. He often single-handedly saved the team with a combination of speed and jaw-dropping reflexes.

In the battle between Leno and Emiliano Martinez, the north Londoners went with the German international. Despite the odd mistake here and there, the shot-stopper has been a revelation since arriving in 2018.

Whether he stays or leaves this summer, the impact of the German is clear to see. The Gunners have been saved a number of times due to their keeper and that makes this a successful signing.

A player that slowly grew into an important part of Arteta’s setup, the Brazilian is the best player to have arrived from Chelsea. Few high-profile errors were made but the center-back made up for that with some incredible performances.

One of those came in the 2019/20 FA Cup semi-final against Manchester City where Luiz’s experience kept the marauding City attack quiet. His influence in the team was more visible when he did not play as the Gunners could move the ball into the final third quickly.

The north Londoners’ interest in Ben White suggests that they are looking for someone who can replicate the qualities of the Brazil international. He was at the Emirates for only two seasons but left quite an impression.

The Gunners really hit the jackpot with this signing as the Scot has quickly become one of the club’s best players. Having recently signed the 24-year-old to a new contract, it shows the faith the Emirates club have in the left-back.

Tierney has completely transformed the left flank becoming an integral part of how the team plays. Always willing to get forward and capable of pinging in crosses all day, the defender is truly a transformative presence.

Securing the player’s future in north London was the right thing to do and given the Scot’s leadership skills, he could become the captain one day. The Gunners function better with Tierney and will be hoping for an injury-free season for their star.

The young forward has been in north London only for a short time, but his exuberance and talent are clear for everyone to see. Injuries have hampered the striker’s progress, but he is an electrifying presence in attack.

Martinelli’s potential was recognised by the Gunners quickly and they tied him down to a new long-term contract. The forward will have a bigger role in the coming seasons and Arteta should hope that he brings his goal-scoring touch.

If the Brazil international can stay fit, there is no telling as to how much of an impact he could have. Definitely, one to watch out for in the future.

Despite recent results not showing them in a favourable light, the Gunners have made some astute signings in the last five seasons and some of them, could take the club back to the top in near future. With a few more moves, Arsenal can certainly reach the glory days of years gone by.

Continue Reading
Advertisement
You may also like...
Related Topics:Arsenal, Transfer