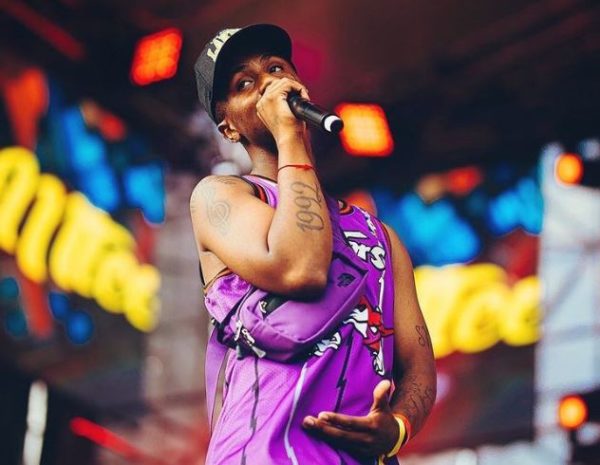 South African musicians are excited whenever they get booked for gigs, but it’s quite saddening that some shows got wrecked due to some embarrassing acts.

While some of these music artists embarrassed themselves, a few others were forced to leave the stage after the crowd refused them performing.

We have five SA musicians who made headlines over embarrassing moments at shows, including the videos.

Kelly is a singer who has been tagged a strong woman following the bullying she received due to the murder of her late boyfriend, Senzo Meyiwa; the murderers of the goalkeeper are yet to be brought to justice till date.
Kelly is being questioned over his death as she was with him the day he got killed. In other to get the truth from her she’s been bullied on social media and even at gigs. In 2019, she walked off stage during performance as the crowd chanted “Justice for Senzo Meyiwa”.

Emtee had one of the most talked about on-stage embarrassment. The rapper fell on stage while performing to a large crowd and it almost wrecked his career. It was believed that he got drunk before coming on stage.

This #Emtee incident got me thinking. Pray all will be well!! pic.twitter.com/aacZkWMp3A

Mlindo also fell on stage, and they had to carry him off while performing as he looked drunk. In December 2020, video of the singer acting weak and falling on stage while trying to entertain an audience went viral on social media. Fans believed the singer is well-behaved, hence, making them conclude that his drink was probably spiked.

Multitalented Kamo functions as a dancer, singer and actress. The fast-rising star trended all day in December after falling on stage while preforming with Busiswa at Idols2020. However, many were inspired at how she picked herself up and continued dancing.

Who can explain what happened to Kamo Mphela.#idolszama#idolssa #idolssa2020
Is that a new dance move or she missed a step? pic.twitter.com/B25HxpI0A4

Weeks after not being nominated by the South African Music Awards (SAMA), the singer experienced an embarrassing act from someone at a gig. In a video which went viral, someone from the crowd threw a bottle on her while she was performing, and Makhadzi was seen walking off stage angrily.

Which other South African musician had an on-stage embarrassment? We would like you to add to the list?