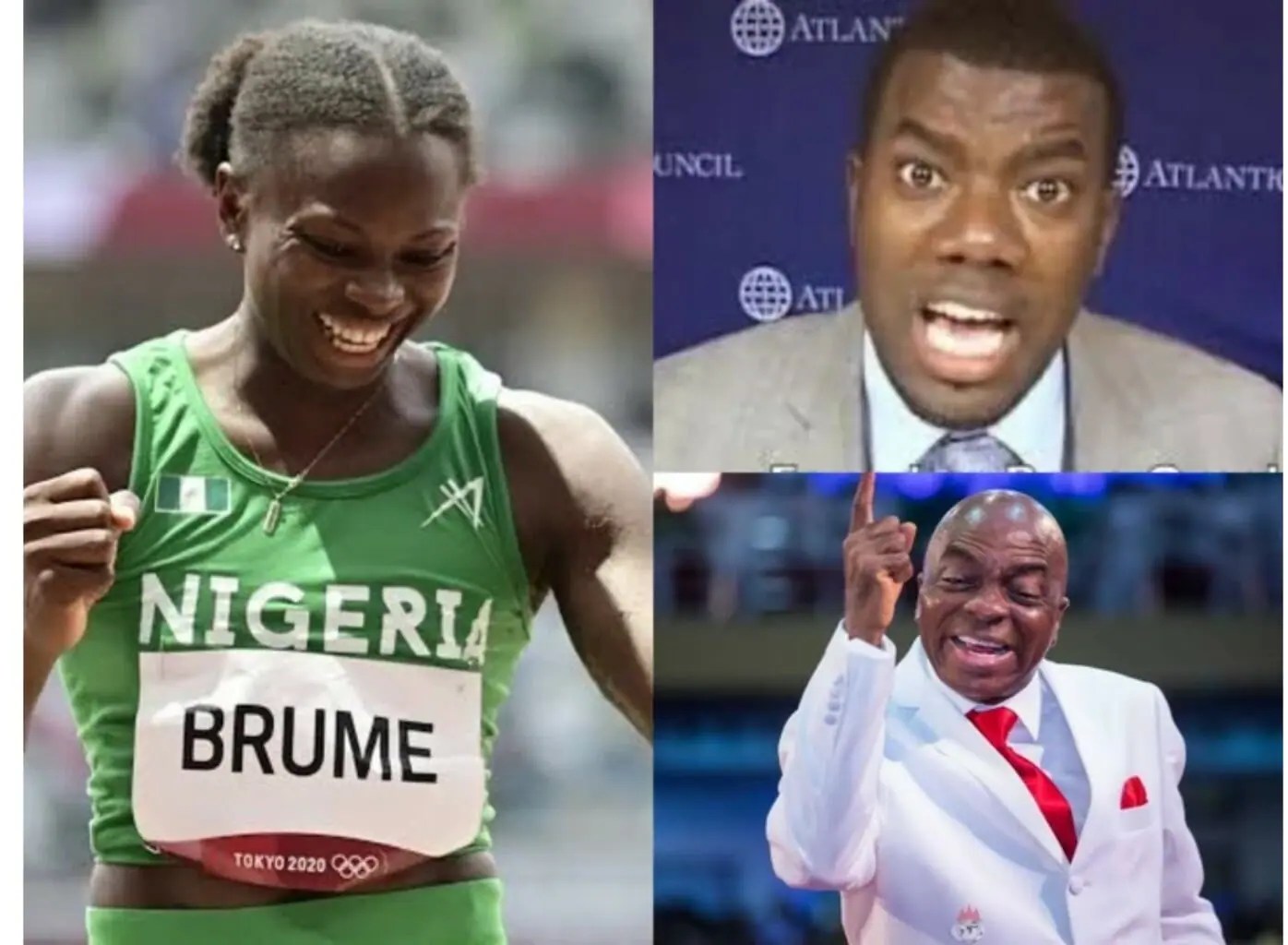 It was reported few hours ago that Ese Brume won her first Olympic Bronze medal and Team Nigeria’s first medal at the ongoing Tokyo Olympic games.

Brume made it known that she is very excited and she dedicated her medal to Bishop Oyedepo. In her words;

“This medal means a lot to me. I dedicate it to Bishop Oyedepo and i plan to decorate him with the medal later.”

Shortly after her statement went viral, it attracted mixed reactions from some Nigerians. In a post on Facebook, Omokri cautioned those criticising Brume for dedicating her medal to Bishop Oyedepo.

He wrote, “Ese Brume has done Nigeria proud, that should be our only concern. She deserves accolades and a huge burst of patriotic support from a grateful nation. That she chooses to dedicate her medal to God or drape her pastor with it should not be a controversy. Those criticizing her deserves a Gold medal in ingratitude.”

Reno Omokri noted that her decision shouldn’t be a controversy, adding that she made Nigeria proud and she shouldn’t be criticized for dedicating her medal to Bishop Oyedepo.