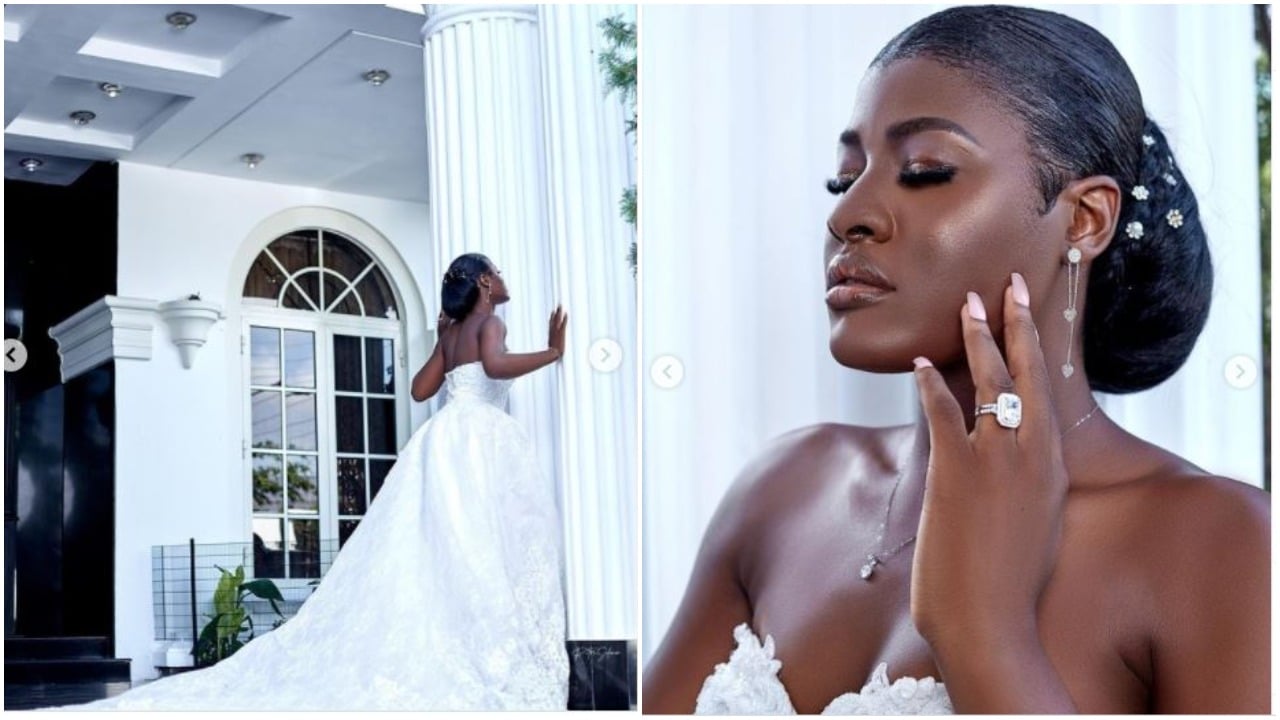 The actress took to her Instagram page to share series of wedding photos with a cryptic message saying she searched, found and said yes.

Fans and some of her Instagram followers, including her mother, expressed surprise at the photos.

She wrote: “She searched, she found and she said yes. One word for the brayyiiiddd. How do I look.”

The reality TV star received several congratulatory messages; however, fans who are still in doubt questioned the lucky groom’s whereabouts.

In a new post, the actress clarifies the wedding photos, urging her fans and followers to stop calling and sending congratulatory messages to her mother because she is not married.

Sharing her mother’s reaction after the photos, she wrote: Throwback to my wedding, thanks for all the congratulatory messages but please, I’m not married. Dear future husband, let me know when you are done with your make up. Stop calling my mum, I’ve stressed that woman too much to add constant low battery from constant congratulatory calls and messages. That last slide was her first reaction to my post.

aycomedian wrote: Can’t wait to attend your wedding. We are proud of you

beverly_osu wrote: You look so beautiful but if it’s was your real wedding you go Dey cry like pikin

nancyisimeofficial wrote: I can literally hear your laughter just looking at second slide

ray_chell09 wrote: Who did you marry

Kemifilani News recalled that Alex Unusual a feew weeks ago stated that she did not believe cooking was a criterion for being a good wife.

Giving reasons she would not be cooking for her husband always, Alex said “There are no criteria for being a good wife. I also do not agree with the popular saying that women are meant to be homely. Everyone is supposed to be homely because we all grew up the same way. My brother and I have the same upbringing, so he should also have culinary skills as I do. I know that my future husband would understand my opinions about certain things and would not force me to be in the kitchen always.”