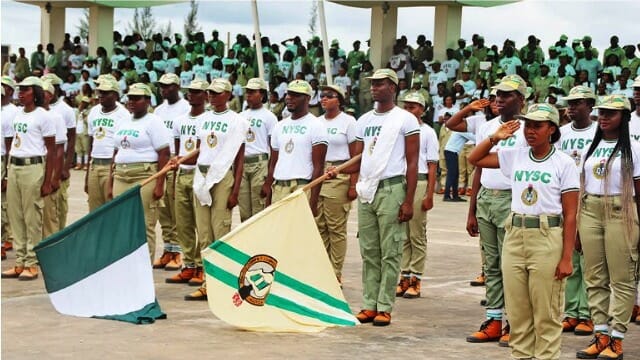 It is no myth that for long have ethnic, political and religious differences been too frequently weaponized by those seeking to obtain or retain political power. Given this history, expecting a program to bring national unity is a tall order, one that NYSC has proven to fill and also brought to realization, its many benefits and importance as a developmental factor in our beloved country.

The basic fact that a young graduate who has spent most of his or her life in the south-west graduates and is posted to the North Western part of the country, courtesy of the NYSC to explore and contribute to the community is indeed very important. It launches such an individual to his next stage in life and equips such individual with the necessary experiences needed to excel in his career path.

Nigeria is a great country which inspite of the many challenges it has faced, managed to overcome those challenges and become known as the giant of Africa. The country didn’t just get to the point it is now without the sagacious decisions that were made by our past leaders.

In 1973, three years after the civil war, the then head of state, General Yakubu Gowon was wise enough to have foresaw the challenges ahead and decided to establish the NYSC in order to foster and promote national unity and integration, reconcile and rebuilding the nation. Many Nigerians who were alive to witness the establishment of the scheme that year could testify to the many benefits and impacts the scheme added to the country.

It is therefore appalling and intolerably witless when calls are made to scrap the scheme by several individuals who lack the capacity to comprehend the importance of the NYSC scheme in Nigeria. In my opinion, the aim of the author of this article is entirely political and is aimed at propagating false and unnecessary propaganda. In the article, the first thing the author did was to compare PDP to APC. This is laughable as it is not in coherence with the topic of the article.

One cannot involve political parties in a matter that has to do with a scheme that is entirely non-political. The NYSC is pro-unity and should not be used as a tool for political war in the hands of simple-minded individuals. NYSC has had its own share of challenges even under past administrations led by the PDP. We have lost a good number of corp members under past administrations.

I observed that reference was made to the five prospective NYSC members who lost their lives in a ghastly motor accident while travelling along the Abaji/Kwali expressway in Abuja. The incidence is indeed a sorrowful one and a big blow to not only the families of the deceased, but also to the nation in general. My sincerest condolences go to the families and all those who are heartbroken due to their demise. I pray that their souls rest in perfect peace and may their families and loved ones find peace and happiness again.

It is truly a sorrowful incidence but let’s not deny the fact that the NYSC has also been a blessing to other families. Blaming the death of those corps members entirely on the NYSC scheme and using it as an excuse to scrap the scheme is a ludicrous poor judgment.

It is true that the disaster that occurred on that fateful day isn’t the first of such to befall NYSC members travelling to and fro orientation camps, but we shouldn’t forget that people die everyday too due to many circumstances surrounding such occurrences. But this got me perplexed as to why emphasis were made on their demise, and concluding that the solution is to scrap the NYSC without giving it a consideration that the scheme can be revamped and several measures put in place in order to minimize such unfortunate occurrences in the future.

The author blindly stated that in today’s Nigeria, students go through a lot of hassles such as incessant strike actions by lecturers amongst others which have negative effects on the students. In my opinion, these challenges Nigerian students faces today didn’t just start recently. The challenges and hassles are as a result of accumulated failures of past administrations over the years. The present administration is faced with the challenge of correcting the mistakes of the past. These, the present administration has been doing. But for how long?
If the Foundation is destroyed, What would the Righteous do? What would this administration do?
Then we should think of how we can support this administration to reconstruct the broken Foundation.
The best we can all do is provide our best support towards ensuring the growth and development of our nation.

The long journey that the author claimed that, it is wrong of the NYSC to subject corps members to, for the sake of doing NYSC, is actually part of what makes the scheme fun filled and interesting, because at some points in our lives, every Nigerian would have to travel from one state to another, NYSC or not. In my opinion, I think it is a wise decision to expose corps members to other parts of the country.

Exploring cultures and traditions of other parts of the country is a great tool for fostering love and unity amongst Nigerian youths.

During the time I served in the NYSC, the scheme gave me the privilege to meet several young people like myself from all over the country. Today, most of those friends I made were the same people who helped me get to the point where I am now. Some contributed to being the bedrock of my many achievements today. The scheme has helped many young individuals build beneficial networks which have served as stepping stones in their various careers. What then is the point of serving in places close to their states of origin or places of residence? The purpose of the scheme would be defeated if this happens.

Imagine a scenario in which I hail from Ogun State and was born and brought up in Lagos, then I am deployed to another southwestern state. How could I ever truly appreciate the cultural diversity the nation offers? How could I ever enjoy traditionally made Burabisco, which is made by locals in Maiduguri or learn the basics of Ijaw language from the Kolokuma people in Bayelsa State?

These are the experiences that foster peace and unity amongst Nigerian youths. These were the benefits that our past leaders foresaw before the establishment of the NYSC scheme.

It is a known fact that corps members have been able to successfully bring development to areas the author described being in a poor state, having poor medical facilities and pervading insecurity. They have been able to achieve this through the community development service (CDS) instituted by the NYSC.
In my time, the CDS has helped to inculcate a custom of contributing to the development of the community around us. It has helped individuals develop a sense of patriotism and nationalism.

The author accused the NYSC as being insensitive and callous enough to send corps members to places he termed as ‘theatres of insurgency’. This I tell you, is a short-sighted accusation aimed only at painting the NYSC pitch-black. He also claimed that children of presidency officials were posted to ‘juicy places’ while more deserving children of the poor where shunted aside.

I would like to ask what he meant by more deserving. I thought that the selection of areas for deployment should be entirely random and no one should be termed as more deserving. I have seen children of senators being sent to rural areas with poor amenities. The experience helped equip them with skill sets which has helped them make headway in their various careers. In the NYSC, there is nothing like children of the poor and children of the rich. We were taught that we are all one Nigerian because of the cord of patriotism that has always bonded us together. Stating that there is poor and rich in the scheme goes a long way to show that the author is basically clueless about the truth of the matter.

The author claims that Nigeria of today is more divided, more disunited, more divisive, more distorted and more stunted. These are really strong words to sue for a country that in spite of the many challenges such as insecurity, global economic crisis and the recent COVID-19 pandemic has managed to remain the giant of Africa by bringing every insanity to normalcy.

Scrapping the NYSC isn’t the solution. Reforms of the scheme should be advocated. Areas considered as red zones should be critically examined and avoided for the deployment of youth corpers. The management of the NYSC can also put in place, safe means of transportation such as buses that would be driven by professionals and disciplined drivers as most of these accidents are caused by careless driving. Corps members should also be posted to where their services are essentially needed such as schools and health centres.

But the truth is that, there is a lot, a million NYSC schemes can do, would do, and has been doing to reverse, upturn, and even ameliorate the cruel blows Tribalism, Nepotism, bigotry, and religion intolerance has dealt the peace, unity, and progress of this country.

No doubt about this, Buhari‘s administration is not the first to be accused of corruption and incompetent governance by many anti-political and disgruntled unpatriotic elements using different opportunity of bad occurrences as exhibitionism against His administration in order to conceal their shadiness.

Nigeria can never die, as against what was proposed by Bolanle. This is our home, Nigeria is our own. Our support is needed to sustain this great Nation. President Muhammadu Buhari can not walk this road of development alone. Let’s give him every strength needed. God bless Nigeria.

Olasanmi wrote this piece from Abuja.

Continue Reading
Advertisement
You may also like...
Related Topics:NYSC, RE-NYSC