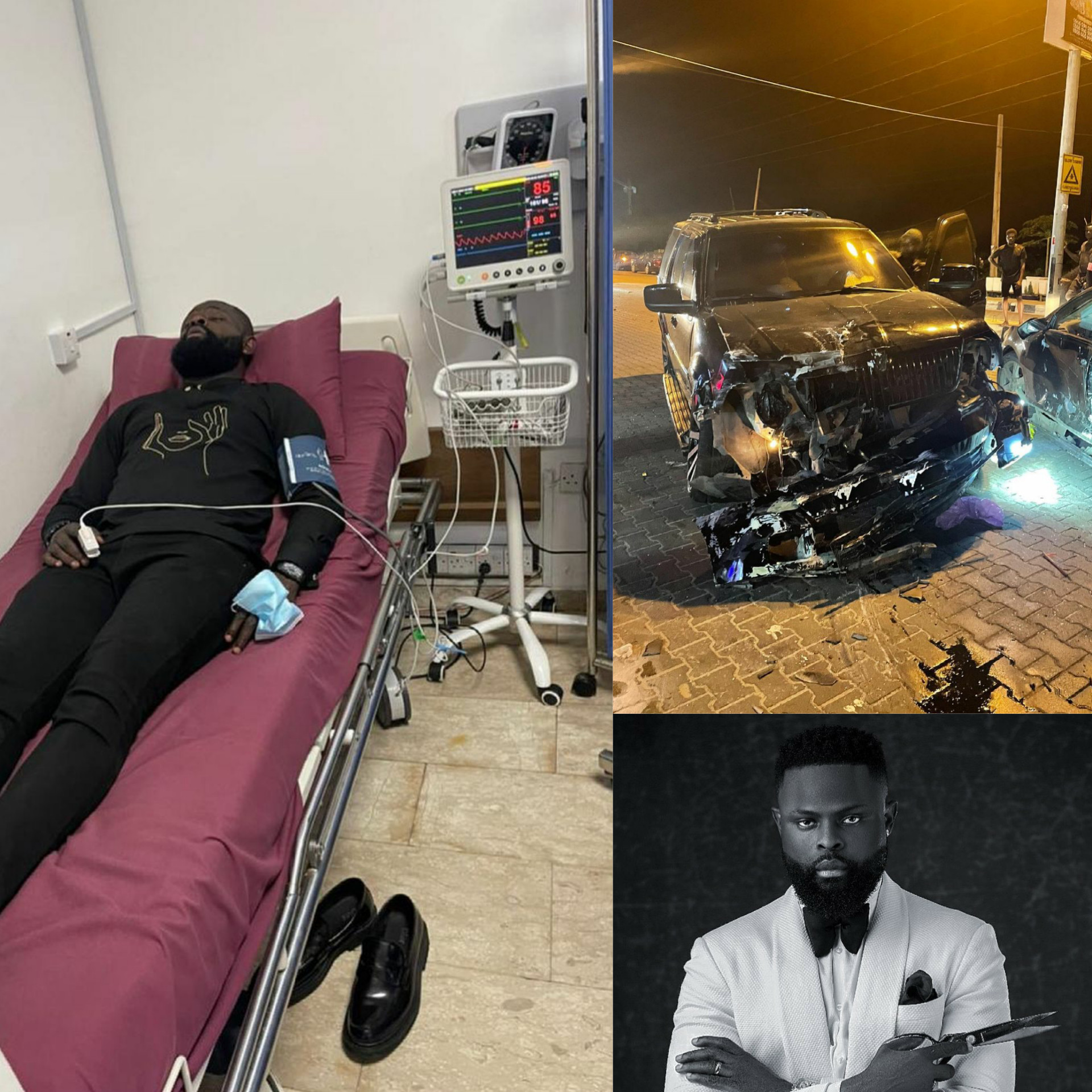 Yomi shared photos of himself in the hospital as well as a photo of his damaged SUV.

In other report, Okuneye Idris Olanrewaju aka Bobrisky, a Nigerian self acclaimed male barbie and Cross-dresser, has called out Yoruba celebrities for alleged eye-service.

The controversial Internet sensation who called them out for allegedly taking sides in Gospel singer, Tope Alabi’s “fight” with her colleagues Tolu Adelegan and Yinka Alaseyori, also alleged that most of them are broke.