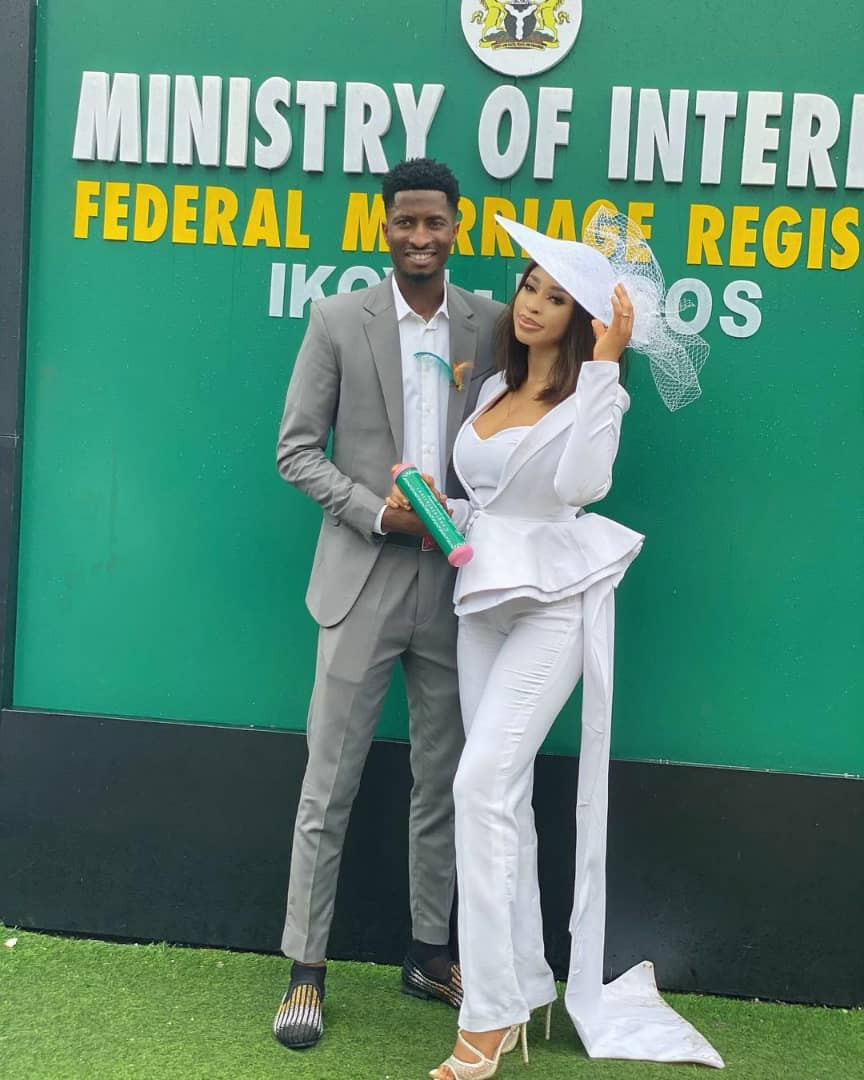 Months after tying the knot traditionally, the court wedding of actress Yetunde Barnabas and footballer Peter Olayinka has taken place.

The stunning actress made this on her IG page this afternoon.

Sharing photos from the ceremony that was attended by family and friends, she wrote;

The actress took to her Instagram page to share series of wedding photos with a cryptic message saying she searched, found and said yes.