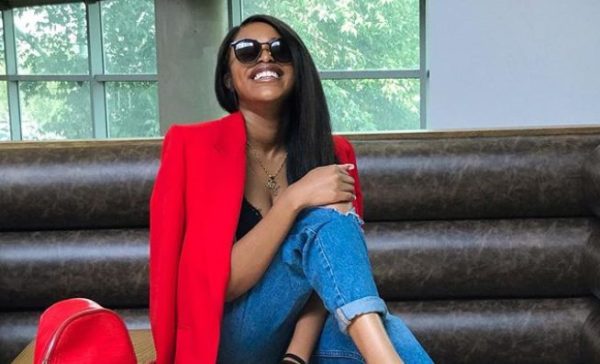 Natasha Thahane took to her social media to drag South African men who have been discussing about her love life.

The actress has been the talk of the town after people realised she might be in a relationship with soccer star Thembinkosi Lorch.

The star is tired of men interfering into her relationship.

Natasha id that she misses the days when men use to to to war instead of worrying about her relationship with Thembinkosi.

The stunner took to Twitter on Sunday, 11 July to share her views on some men who have accused her of making Lorch wash her underwear.

The fuming star wrote: “Amadoda angaka in my mentions axakwe indaba zam (So many men in my mentions worried about my private matters). I miss the days when men used to go to war…”

Ntando Duma apologises to everyone offended by her rude action in viral video
J.J Omojuwa Appointed as a member of the board of directors of Halifax International Security Forum
Advertisement