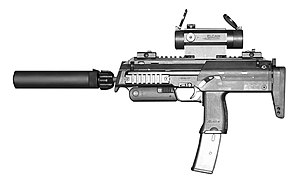 He is known as “Mp7“, The Renowned KING IN THE NORTH!
Reddyson Peter Mbewe aka Mp7 is a Solwezi based hip hop recording artist signed under Nah Pressure Music Records. He was born in Chawama Clinic in Lusaka in the year 1992, and grew up in Mwami Township, a suburb of Chipata City, Eastern Province.

Mp7’s passion for music, and particularly Hip Hop, can be traced back in 2004 when he was exposed to West Coast Hip Hop by his uncle. Rappers such as Tupac, Ice Cube, The Game and Snoopy Dogg dominated the playlist. Locally, The Black Muntu, Funti K, Crisis, Tommy Dee, General Ozzy and LVe aka Mr Veezy dominated his playlist. At that time, Mp7 could only sing. However, it was Tommy D and T.I who inspired a young Mp7 to begin to rap and write rap lyrics.

“Mafasho and T.I’s Paper Trail Albums were the first rap albums I listened to fully, and I immediately fell in love with Hardcore Mu Chinyanja”, he says. Tommy’s influence pushed Mp7 to record his first track in High school. The song was called ” Sinifuna“. The song was well received among his peers in school and performed it during the School’s Talent Show.

In 2013, Mp7 moved to Solwezi where his music career became serious. After recording ancouple of songs, he was signed by Dj Forbes under Nation Music Records, where a number of tracks were recorded. It was there that Mp7 began to dominate the local music industry, and also where he met celebrated producer DJ Julio. After leaving the label in 2018, Mp7 joined DJ Julio’s Nah Pressure Music Records, where he recorded his first body of work, a 14 track Mixtape dubbed “Pregnant Thoughts“.

The mixtape was received with critical acclaim among the listeners, and consequently earned the rapper his first ever newspaper article from the Daily Nation Newspaper. Later that year,

Mp7’s Afro Pop song called ” Dance With You” was nominated for the Song of Year Award on Solwezi Radio’ Music Xpress.

Mp7 has continued his journey to represent Solwezi and Northwestern Province at large. ” I want to be the first rapper to represent Solwezi at National level, and hopefully international “, he says.
Among the notable hit songs he has released are #Hate_To_Say, #Dance_With_You, #Tales_Of_The_Lovers, #Cheddar Ft. Kid Xoldier, #Bilimankhwe Ftn Stevo, #So_SL and recently “King_In_The_North” that was debuted on ZedHypeMag and sparked a social media frenzy among fellow rappers, fans ad music promoters who were in heated debates on who really is the King of the North.
Mp7 is an influential rapper, with many young upcoming rappers looking up to him, and placing their hope for Solwezi Music Industry on him.
Mp7 raps in English, Nyanja, Bemba and Chewa.

Continue Reading
Advertisement
You may also like...
Related Topics:MP7