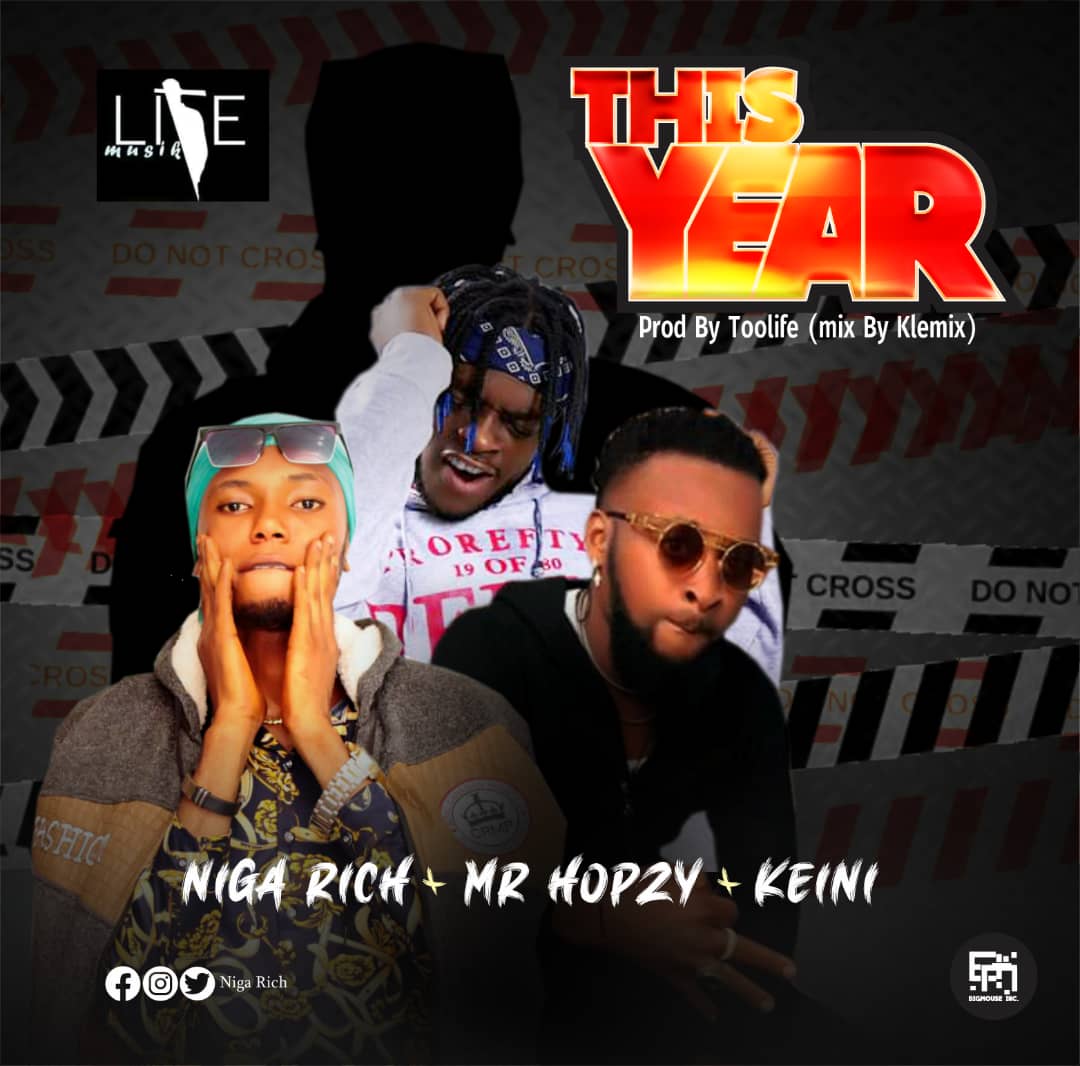 Niga Rich smashing with his first dubbed track in the year 2021, after a successful released of No Time which has taken over and became an anthem to all DJs in ibom ent. And early of the year, Niga Rich took to his social media handles, telling fans about his forthcoming track tagged: THIS YEAR.

In a lyrics, the jam speaks loud. Niga Rich drops some prayer point which will help fans in a daily basis. And he got Hopzy and Keini On it. A production credit goes to TooLife On The Beat.