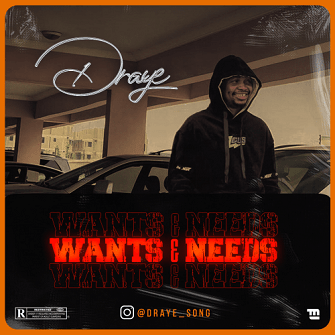 Francis Akindele blessing a.k.a “Draye” formally known as Franbee is a Nigerian Afro/blues and country singer based in Hollywood California. Draye released his first debut single titled BABY back in 2017.

He’s currently signed to FMB RECORDS which he’s set to release some of his album under the record label, but at the moment he just released a new single titled “Wants and Needs” produced by one of the legendary producer in Nigeria Solshyne.

His wants and Needs is Available on all music digital platform and can also be curated from PHCityHype.

Continue Reading
Advertisement
You may also like...
Related Topics:Draye