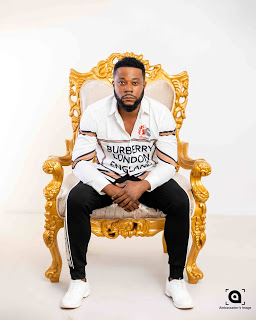 Alex Bassey Edem professionally known as Lazarus was born in Calabar, Cross Rivers state Nigeria on the 19th of October 1989.

Quoting Lazarus
I’m Christian from a family of five(5) had a basic high school at Command secondary school ipaja Lagos in 2003 and a Degree in Marine Science from Maritime Academy of Nigeria Oron in 2014. Deployed for National youth service corp’s (NYSC) in Oyo state Ibadan 2016. Had my major work experiences in shipping companies as a deck officer and a marine Surveyor. My passion for Music/Entertainment started way back during my high school days and then I had the opportunity to mount stages and perform in the University which gave me the motivational zeal of wanting to do music professionally.
Genre of Music: Hip-hop/R&B

My personal philosophy in life is to be comfortable and keep it natural and I also believe in achieving one goals if we work hard towards it.

What inspire your kind of music: life itself is my number one inspiration, struggle and survival in our day to day activities inspires me.

His role model: Mr Incredible (M.I) I love his kind of music and charisma a lot and hope to work with him someday.

The Nigerian music Industry right now is growing faster than expected, its one of African biggest export if I may say, although there are little Setback’s due to lack of 7 support in promoting upcoming artists and existing one’s but in summary, we’re moving towards the right direction.

My music tends to provide positive impact to the nation and the general public because it accompanies messages that relates to religion, politics and what i think is the solution to the problems we’re facing right now in our nation.

The stage name Lazarus: Lazarus is kind of spiritual, it wasn’t part of the nickname prior to my growing up. I had a dream about it, woke up and became LAZARUS

Record label: None for now but open to any

Project: I’m working on a musical single track title “Turn me On” and will be dropping soon.

Fan zone: I love you’ll, keep believing in Lazarus and the brand, I promise not to let you down.

Continue Reading
Advertisement
You may also like...
Related Topics:Hip-hop/R&B, Lazarus