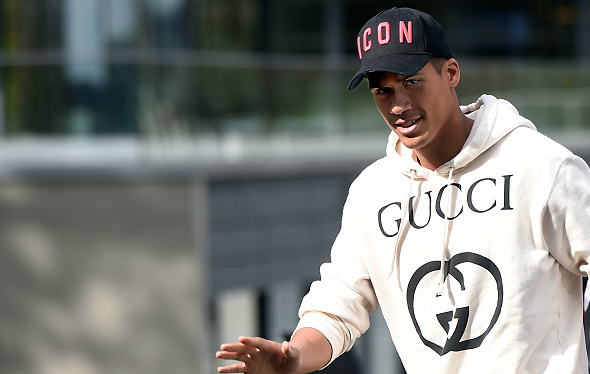 Manchester United will be able to sign Raphael Varane for around €50m this summer as he nears a departure from Real Madrid.

That’s according to ABC, who say Ole Gunnar Solskjaer’s side have the economic power to match the Frenchman’s demands.

Varane has been heavily linked with a move away from the Bernabeu for months, with his current contract in its final year and the chances of him signing a new deal unlikely.

Madrid offered him new terms weeks ago, but he is yet to respond, and that has led to the belief he will be leaving, particularly as they are not willing to give him the €12m he wants.

Manchester United have ‘positioned themselves’ as the ‘great favourites’ for his signature in recent weeks, and the fact they remain in the ‘financial elite’ means they can match his demands.

They have already spent €80m to sign Jadon Sancho and ‘could make the effort’ to meet Varane’s demands and improve their defence.

The move would also give Varane the chance to be a key player for a team looking to rise ‘after years in the desert’ and would be able to do so in the Premier League, the ‘queen’ of the European leagues.

Madrid, faced with the dilemma of losing Varane on a free next year, want the sale and ‘would consider’ selling for a figure close to €50m.

If that offer doesn’t arrive from the likes of Manchester United, they would use him next season as it is out of the question for him to spend a year sitting in the stands.

In that scenario, they would ideally get him signed to another two-year deal and sell as soon as possible, but that is a difficult situation to visualise happening.

The door appears to be open for Manchester United then, who just need to put the money on the table to get this long-term target signed.