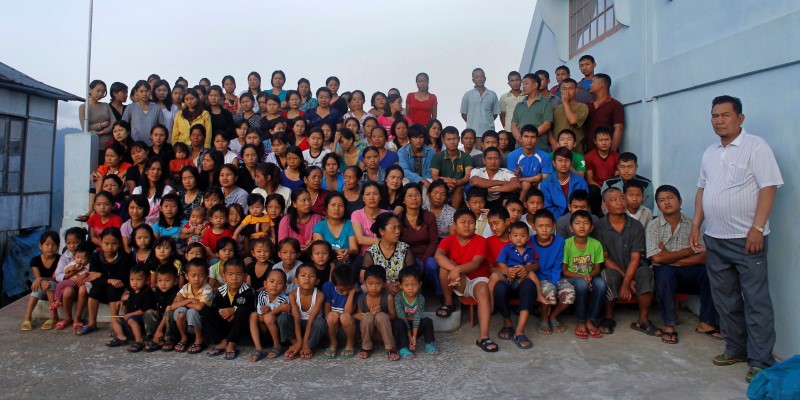 Ziona Chana, the head of a local Christian sect that allows polygamy, died on Sunday in north east India.

The 76-year-old man had 39 wives, 94 children and 33 grandchildren was said to be the head of the world’s largest family.

The chief minister of his home state announced his death.

Late Ziona with his family lived in a four-storey pink structure with around 100 rooms in Baktawng, a remote village in Mizoram.

The sect, named “Chana”, was founded by Ziona’s father in 1942 and has a membership of hundreds of families.

Ziona married his first wife when he was 17, and said he once married ten wives in a single year.

They shared a dormitory near his private bedroom, and locals said he liked to have seven or eight of them by his side at all times.

In 2017, Ziona told Reuters in an interview that he would like to marry more wives, as he has lots of persons to care for.

Ziona saw himself as a lucky man for having such a huge family.

Continue Reading
Advertisement
You may also like...
Related Topics:Ziona Chana

BBNaija star, Omashola recounts how he saved himself during robbery incident by gun-wielding men
Actress Lisa Banes dies aged 65 after being knocked down by scooter
Advertisement