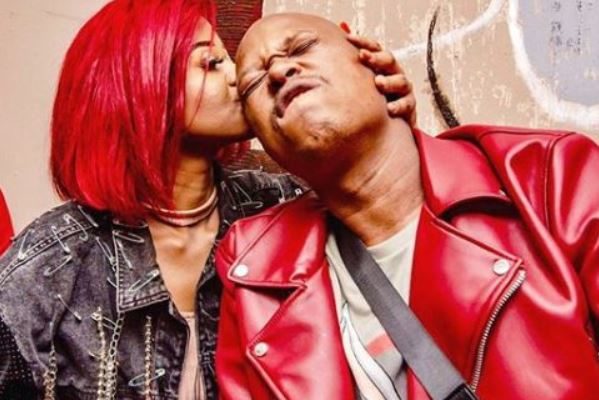 Mampintsha’s mum, Zama Gumede warns her son and wife, Babes Wodumo after the couple announced the release of their son’s first single, Sponge.

Zama says Mandla and Babes are attracting curses upon themselves, as they are not respectful to her for naming their son, Sponge.

Following news that the Gqom queen was pregnant, Zama flared up in a video which went viral on social media and said that Babes pregnancy is false, as she has sponge in her stomach.

However, the couple took it up and decide to mock the old woman by naming their son Sponge.

“The Bible says respect your father and your mother so that you will live longer. Clearly, they don’t know that verse in the Bible. They mustn’t make fun of me based on what I’ve said. These kids don’t know how life is. They are only living in a moment. It’s sad,” said Zama.

“The baby knows nothing. He’s innocent and it’s unfortunate that his parents are dragging him into this. What kind of parents are they? In fact, have they given the child a proper name?” asked Zama.

Mampintsha said he has nothing to say about the curse threat from his mother, but he feels Sponge Wodumo is a nice title for a song.

He also said he isn’t disrespectful to anyone.