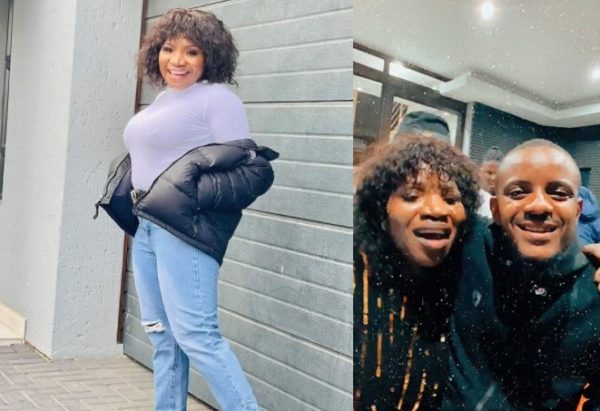 Makhadzi got South Africans in their feelings after Kabza De Small shared a video of himself with the singer cooking an amapiano song in the studio.

The two musicians are stars and a treasure in their different genres; seeing them on a collabo got fans anticipating, as people are positive that they will be serving nothing less than a hit.

Taking to Twitter, the singer expressed her joy for being able to work with Kabza in his house, and teased what they cooked in the studio.

“I am the only girl in @KabzaDeSmall’s house out of 20 guys. I am here because of #connection,” she said.

Minutes after Kabza shared the video, Makhadzi topped trend list, as many were excited about the collabo, but warned her not to pull the kind of stunt she had with King Monada.

Check out the teased song below:

Makhadzi and Kabza in studio 😭 there's even a lawyer in case 😭

Hope Makhadzi won't wake up tomorrow and say the song is hers again. They must tell us who owns the song before we sleep😂🤦🏾‍♂️ pic.twitter.com/R7nxMXbfPv

Kabza and Makhadzi are cooking shem, that Amapiano 🔥🔥 now that's Piano to the World pic.twitter.com/KVlXbQbNyk