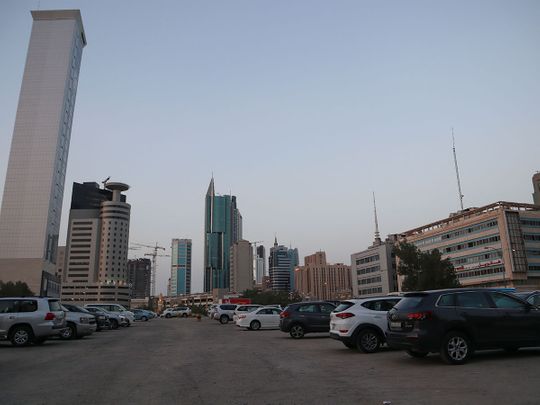 Less than a week since Kuwait began administering the second dose of the Oxford-AstraZeneca vaccine, more than 180,000 citizens and residents have received the jab IN six days, local media reported.

On Wednesday, Kuwait began administering the second dose to those who received their first dose, eight weeks or more ago, with the aim of vaccinating 200,000 citizens and residents within 10 days.

The jabs are being given out across 30 centres in Kuwait, including the Al Jaber Causeway bridge drive-thru vaccination centre. Yet, on Sunday and Monday all appointments scheduled at the Al Jaber bridge were transferred to Mishref fairground due to the severe winds and dust storm.

The Ministry of Health indicated how many total doses have been administered for over a month now. But, according to health officials who spoke with local media, in the next few days Kuwait is expected to have administered a total of three million doses.

In order to take the vaccine, one must be over the age of 16. The Ministry of Health is reviewing the likelihood of authorizing the use of the COVID-19 vaccine for children between the ages of 12-15, especially as they are expected to be back in schools by September.

Kuwait has granted emergency authorization for the Pfizer-BioNTech, Oxford-AstraZeneca and Johnson & Johnson vaccines. The latter is yet to arrive in the country.

Kuwait: Return of expats may further delay due to discovery of ‘Delta’ variant
Singapore: Almost 50% of the population vaccinated
Advertisement