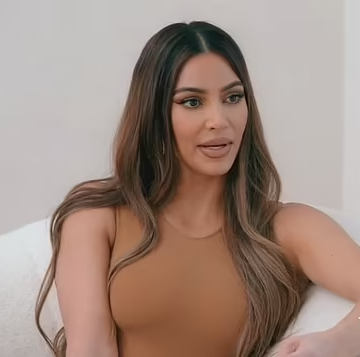 In the final episodes of Keeping Up With The Kardashians, Kim has opened up about her relationship with Kanye West and what she wants from a partner that was lacking in hers.

According to Kim, she has no partner to share her achievements with, even after attaining everything she had set her mind to, because she and her husband were mostly apart.

She said she realized she and Kanye got along best when they were living apart – something she says she isn’t proud of – so she thought she could be fine with that and just find fulfillment in her kids. But she turned 40 and realized she didn’t want to have a husband who lives apart from her.

She said: “I’ve lived up to my expectations and achieved ten times more than I even thought was humanly possible. But I don’t have a life to share that with.

“Like, I do. Obviously, my kids and everything. But am I just gonna sit here and think, ‘Okay, my kids fulfill me and I’m good?’ And then I never thought I was lonely, and I always thought that’s totally fine. I could just have my kids. My husband moves from state to state and I’m on this ride with him. And I was okay with that.

“And then, after turning 40 this year I realized no, I don’t want a husband that lives in a completely different state. To me, I thought, oh my God, that’s when we’re getting along the best. But then that is sad to me and that’s not what I want.”

She then goes on to tell her mum what she wants from her partner.

Kim revealed she had started to feel envious working out with her sister Khloe Kardashian and her boyfriend Tristan Thompson every morning during quarantine. She said she felt she was “third-wheeling it” with the couple.

Kim filed for divorce in February this year and Kanye is now dating supermodel Irina Shayk, who dated Cristiano Ronaldo and has a child with Bradley Cooper..