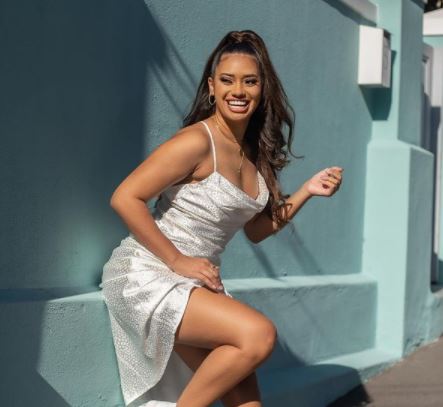 Kim Jayde has taken to her social media to announce that she will start shooting the season two of her reality show, “Kickin it With Kim Jayde”.

The star made the announcement few hours ago.

The show has been on hold for quite some time now and Kim his ready to start shooting for season 2.

Kim revealed she has saved up every cent she can to make this season bigger and better than the last season.

I give thanks to the Most High for the opportunity to Produce , Direct & Host another season! Thank you God

Continue Reading
Advertisement
You may also like...
Related Topics:Kickin it With Kim Jayde, Kim Jayde

I Can Kiss Big Brother If I Want To. Don’t Slut-shame Me – Angel Tells Sammy During Their Clash After She Kissed New Housemate KayVee
Prince Kaybee’s ‘sensitive’ tweet after the passing of Amapiano musicians attracts controversy
Advertisement