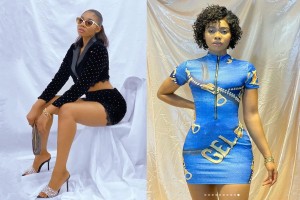 Popular Nigerian dancer and twerk queen, Jane Mena has shared an interesting fact about her life that pertains to her tertiary education.

Jane Mena revealed that while in her level 200 at the university she absented herself from class so many times as she left campus to go and see her boyfriend, Plies.

She made this revelation after a fan asked her when she realized she was not going too graduate from university with a First Class degree.

According to her, she did not change that practice despite several pleas by one Arugba Anthony who begged her to return to school and learn.

Continue Reading
Advertisement
You may also like...
Related Topics:Jane Mena