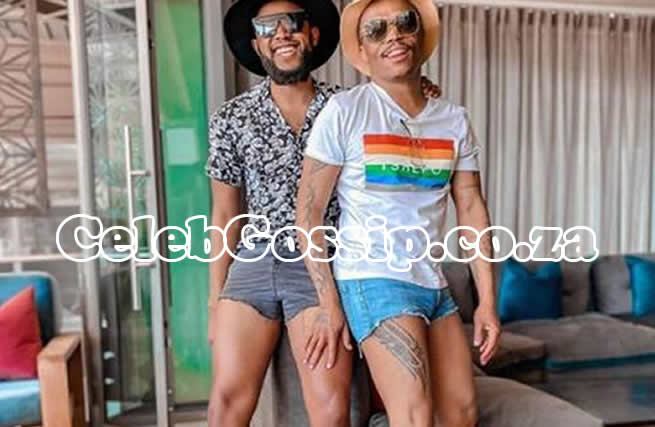 It appears that Mohale has dumped Somizi according to rumours.

Mohale Motaung who many doubted loved the SA Idols judge from the beginning has officially moved out of Somizi’s mansion.

Mohale who has apparently un-followed his husband is enjoying his life and recently secured a brand ambassadorship deal with Mini Cooper.

Mohale hasn’t posted about Somizi since their one year wedding anniversary in September.

Fans of the SA Idols judge have been speculating about Mohale’s true intentions since they started dating. Somizi recently congratulated Mohale about securing the Mini Cooper bag but didn’t post his picture.

Somizi Marriage On the Rocks?
Somizi who is 23 years older than Mohale, has apparently had trust issues with his model-husband since he found random pictures of some men in Mohale’s phone. They have been married for a year now but their marriage is failing according to media reports. They have been fighting ever since they’ve met each other because of trust issues.

According to media reports and close sources to the couple, Mohale was found with another man before this one and he apologized and they seemed to have moved on.

Here is a previous tweet from a fan when she found out Mohale cheated on Somizi:

“How can they rush to marriage without fixing themselves first. Mohale was caught red-handed with another man and he apologized to his fiance and they both moved on.

It’s high time Somizi teach Mohale a lesson. It’s either he wants their marriage to work or he’s leaving. He needs to choose what’s best for him before he hurts his fiance thrice again.”

“It was obvious from the beginning.” “I’m not surprised… he was obviously in it for the money.”

Continue Reading
Advertisement
You may also like...
Related Topics:Mohale, Somizi