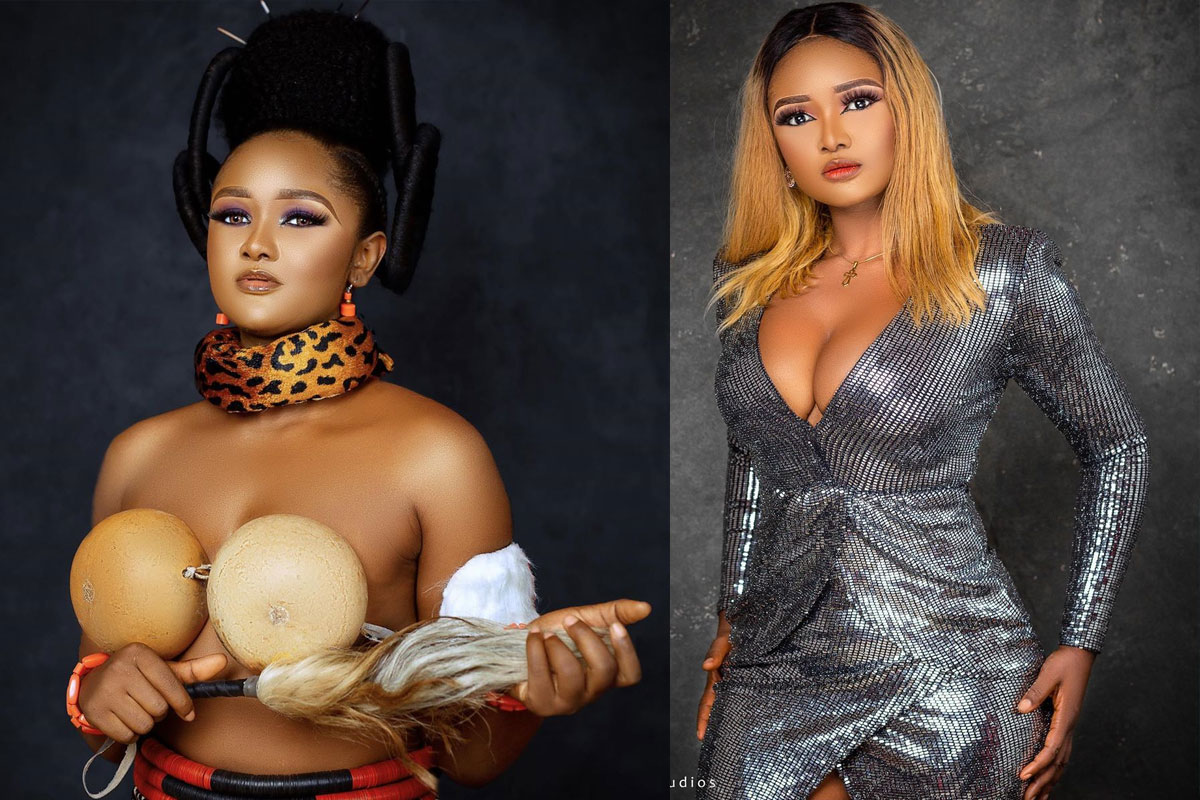 Nollywood actress Jane Obi, has cried out over pressure from her family to get married.

In a recent interview, the Enugu State based script interpreter lamented that there is serious pressure from her family and the society to get married but she said she is determined to marry at her own time.

“The pressure is seriously there both from family and society. My key is determination and focus. One thing I have promised myself is that I will get married but in my own time and to the right person. I am not going to allow the pressure to push me.

“Although sometimes, I wonder if there is ever going to be the right time or right person. I mean what’s the guarantee that after waiting that I will make the right choice? There is no formula in life, so I just leave it in God’s hand to make it right in his own time.

“For now, I’m still officially single, no boyfriend, no dating.”

Asked if she would love to end up with a man like Ned Nwoko, her colleague, Regina Daniels old husband, Jane Obi says, “In as much as I love money oh I don’t think I can marry an older man like hers. I want someone to grow up with me. In fact, on no condition will I even accept to become a second wife.

“Also disrespectful and insecure guys are a huge turnoff. Paying attention does it for me.”

Recalling some points of her sexual harassment experience and how she dealt with it, the talented actress stated, “Sexual harassment is something every young pretty girl can’t really escape both in and outside the industry. I just try not to expose myself to it.

“I avoid anything that might put me in such a condition. I just take it one step at a time. I have never really been desperate for anything. However, in a world like ours you can never be too careful but I will prefer not to call anyone out.”