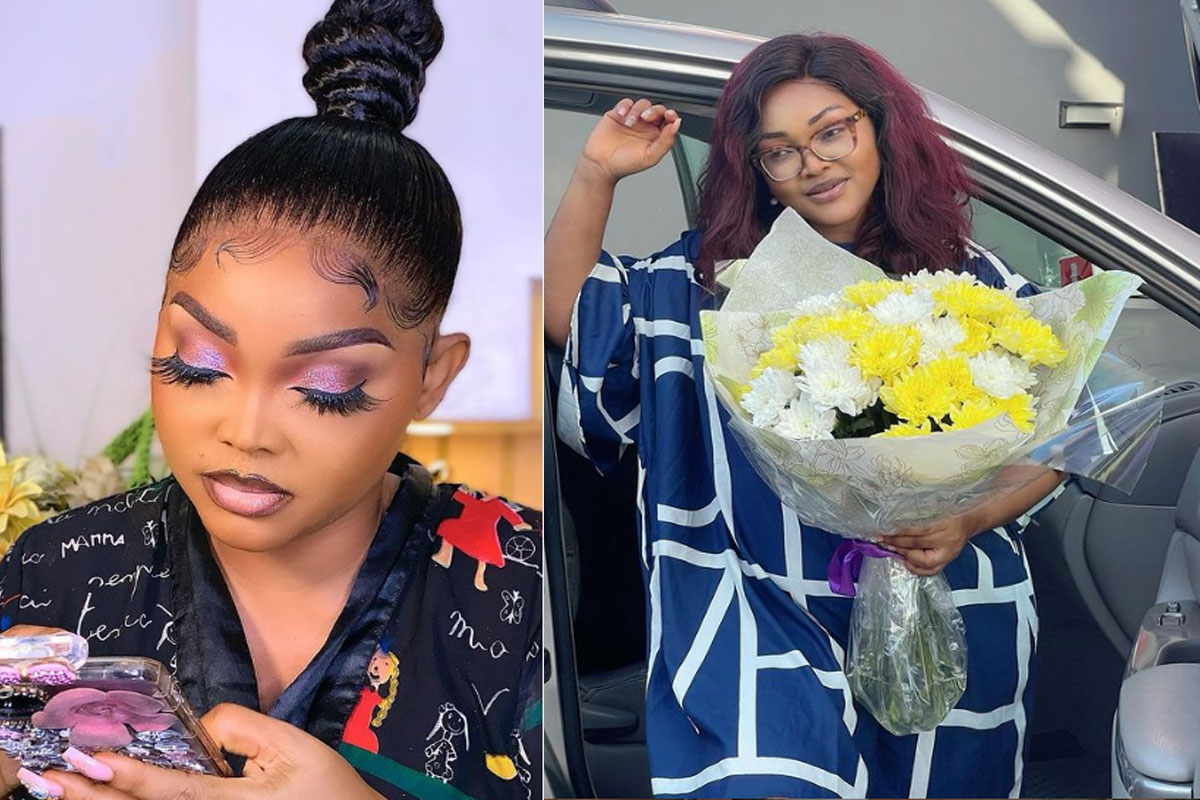 Mercy Aigbe, a popular Nollywood actress and filmmaker, has revealed she is open to give marriage another shot, giving fans a hint that she has found love again.

It would be recalled that the beautiful thespian and mother of two has been married twice. Her first marriage ended due to interference from her mother-in-law, who she said was not in support of her son marrying from a different tribe. Then, in 2013, she married Nigerian hotelier, Lanre Gentry, but it ended in 2017 after she accused him of domestic violence.

Mercy took to Instagram to reveal that her man, who she referred to as “D owner”, sent her flowers and a sweet note while she was on set.

She added, “Love sweet sha” then said in Yoruba that it isn’t right to lie, going on to say that she might change her mind and give marriage another try.

So D Owner’ sent me flowers on set with a note that says “Keep flying high babe, I am rooting for you “ love you forever

Maybe, just maybe I might change my mind and give Marriage another shot! Love sweet sha, Iro o da