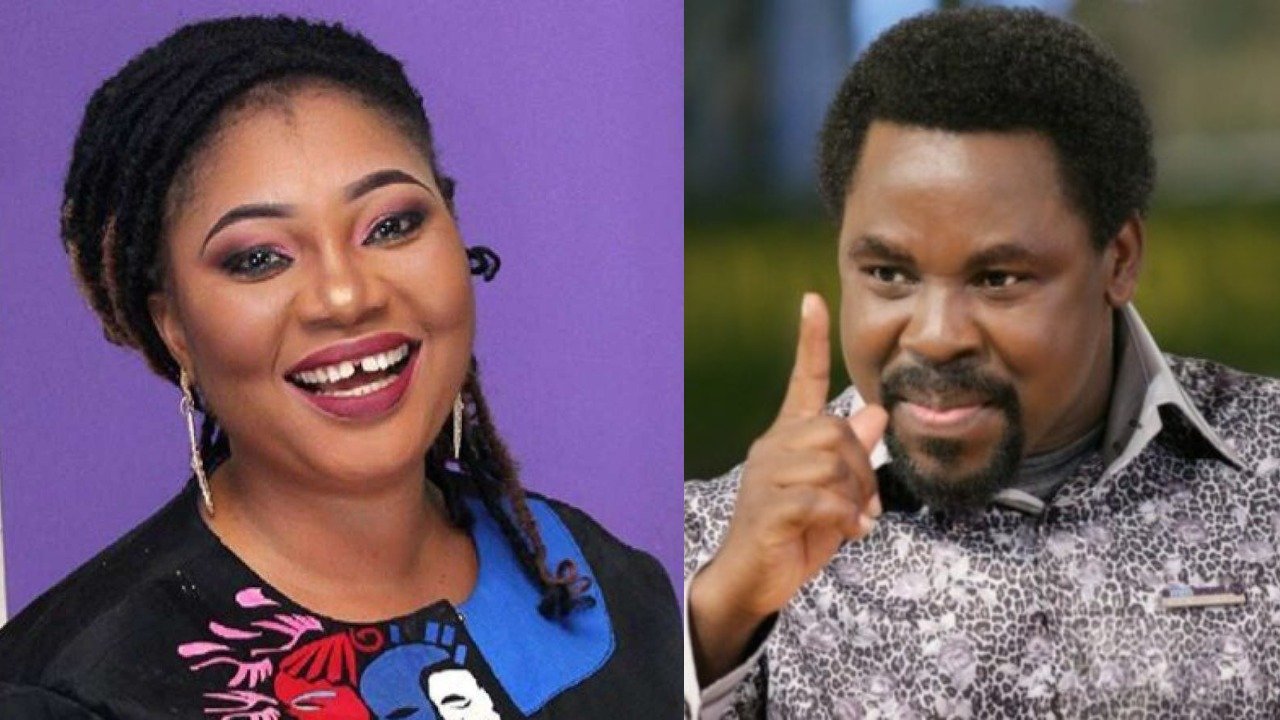 Popular Nigerian actress, Jaiye Kuti has revealed how the late founder of the Synagogue, Church of All Nations Prophet Temitope Balogun Joshua appeared to her in spirit shortly after he died.

Jaiye Kuti stated this in a recent social media post, as she also stated that although she never saw the late charismatic preacher, TB Joshua in person, his spirit visited her at Offa same night he died.

PHCityHype recalls that the popular televangelist and philanthropist died on Saturday June 5 after ministering in his church in Lagos at the age of 57.

She shared a photo of the late cleric and narrated her encounter.

“I have never met you one on one but your spirit visited me when you died. I was in Offa alone in my room. My head was swollen and I saw a gentle pass of Him. There was something good about that soul.

“Christ was poor but feeding the people and taking care of everyone. You did same to many. I know 2 people who truly gave their lives to Christ through Him.

“May the Good lord rest your soul in peace. Pastor T.B. Joshua.”

“When I visited Rome, the seat of Christianity, we were given money and food for coming to church. here we give everything we have to church who cannot OBEY the TENTH commandment.

“Go and read the tenth commandment, the last commandment that legislate thought. you are not permitted to think evil of any kind.

“No one can obey it. So why judge one another! For all have sinned and fall short of the glory of God! We live by the goodwill of our neighbours.”