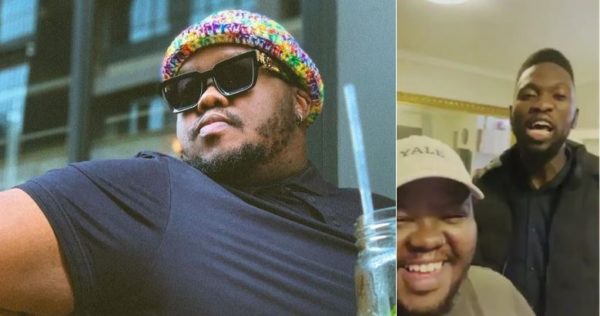 Heavy K is definitely going hard as he recently discovered a new talent.

The star played a beat to a new Amapiano song and he was able to find someone to complete his new beat.

The guy was discovered at a party and now he’s going to get the chance to make music with a very popular DJ in Mzansi.

At the groove, a young man was belting his heart out to the new tune and Heavy K was impressed.

Afterwards, the record producer searched hard for him so that they could record the song.

Showing how excited he is, Heavy shared a video of himself chilling with the vocalist and captioned the post: “Found him!”

Continue Reading
Advertisement
You may also like...
Related Topics:Heavy K

Moshe Ndiki writes to his mother on her birthday: “I owe you everything”
Actor, Mofe Duncan reacts after being called out by Crossdresser, Michelle Page, over alleged debts
Advertisement