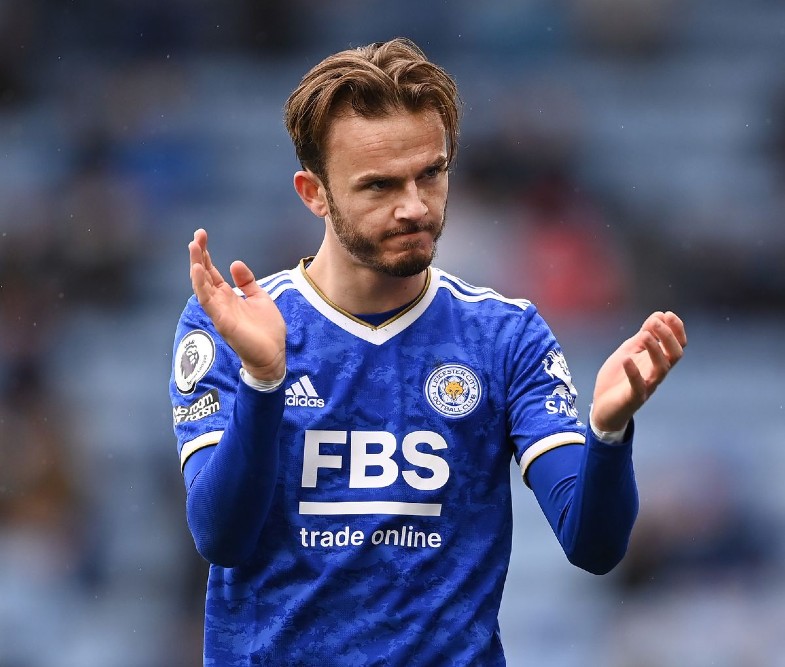 Arsenal are in need of a creative midfielder which was clear to see last season as scoring goals became a real problem. Things seemed to get better once Martin Odegaard and Emile Smith Rowe were a part of the team.

But now that the Norwegian has returned to Real Madrid after his loan spell, the Gunners are in need of another creative presence. One name that has been suggested, is from the Premier League with Leicester City’s star James Maddison being touted as a possible target.

The only problem is that the midfielder would cost somewhere in the region of £60m that the Foxes are demanding. And since it could possibly take even more to take him away from the King Power Stadium, it is time to look at some other options.

So, here are five of the players that could do the job that manager Mikel Arteta would want from his creative midfielder.

The Real Betis midfielder has been linked with the north Londoners in the past and it is an option that the club should seriously consider. He would certainly be cheaper than some of the others in the market and is well suited to taken on that role.

Fekir was a star at former club Lyon where the 28-year-old proved to be a menace for the opposition defenders with his pace, passing and shooting ability. A similar kind of role would work very well for the Gunners who need someone like the Frenchman.

There are suggestions that he could be the one ending up at the Emirates Stadium and if that were to happen, it would be a good fit between player and club. There is a lot to admire about the Betis star from a stylistic point of view.

Another Frenchman and someone who will be very familiar to Arsenal fans, Aouar almost became a part of the Gunners setup last season. But complications related to the price led to the move being put off.

Now, there is renewed hope that a deal between the English side and Lyon can be completed due to the French team’s financial situation. Their debt has forced their hand and the playmaker is available for a cheap fee.

This would be the perfect time for the north Londoners to take the player to the Emirates. The 23-year-old would be perfect for the system that Arteta likes to employ and would blossom in England.

A player that is not often mentioned, would be a good option to look at given his age and potential. And with the deal between Roma and the Gunners for Granit Xhaka almost agreed, they can use their relationship to talk about the Italian.

The one concern with regards to the 22-year-old is his injury record as the two ligament tears were an unfortunate impediment in the midfielder’s career. Able to play on the wings as well, Zaniolo would form a fearsome tandem with Smith Rowe as they can both interchange their positions.

This would be a good time to talk about a deal and get the young star from Rome and allow him to play in a way that Odegaard did. Though this signing would be a bit out of the box, it would be some shrewd business from the Gunners.

Another young Italian talent, the Atalanta midfielder shone at the Euros, and it was clear to see why he is so highly rated. Not the fastest, but the 24-year-old is an intelligent player who knows when to make the right pass.

And the fact that he’s with the Bergamo club shows that the Italy international is tactically adept and that would benefit Arteta a lot. Pessina could become the bridge between the midfield and attack and that is what the north Londoners want.

It will be interesting to see how much the Italian club want but the midfielder could be an excellent addition to the squad. He has all the qualities to succeed Odegaard and help solve the creative woes of the club.

The Croatian has already spent time in the Premier League when he was there with Everton for one season. Though it did not end well, the midfielder has found his feet ever since moving to Russia with CSKA Moscow.

Vlasic is a versatile player who is excellent at carrying the ball through the opposition defenders and also, has an eye for goal. The 23-year-old likes to bring his teammates into the game and that is exactly what will be required at the Emirates.

After establishing himself as a leader of the team, now would be the right time for a return to the league where he once failed. Under Arteta, it will be exciting to see how the Croat performs as the tools are there for a world class player to emerge.

The Gunners need to make a decision on how much they are going to spend for a creative midfielder. This is what will have an impact on which of the players they end up buying so, a lot of care must be taken in deciding.

Whoever the north Londoners get, must be able to bring the midfield and attack closer as that will be his primary role. If the player in question can add a few goals here and there, that would be an added bonus.

Arsenal have some time left in the transfer window to choose someone for this position. They must get a talent that will make them forget the problems of last season.