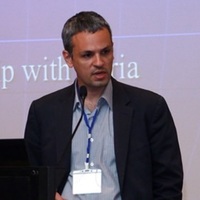 Emmanuel Ngoma Chilala is a Zambian music video director and son to late Zambian music legend Brian Chilala. He was born in on the 28th of December in Lusaka. He is a fourth child in a family of eight. His career started out as a result of wanting to make a difference in the music video industry. He then talked about his desire to legend Hip Hop artist Slap Dee who in turn gave him the opportunity to be part of the production of the as long as I forget you video in 2016.

He draws major inspiration from Canadian video director Karena Evans and Sesan from Nigeria. He has had the opportunity to work with some of Zambia’s big artists like Slap Dee, Chef 187, Drifta Trek, Daev, Bobby among others he gives major credit to his father for introducing him to people like Slapdee who then gave him an opportunity to direct his first ever music video.

Emmanuel Chilala has directed videos like Savuka by Slapdee featuring Busiswa, Never been Easy by Daev, Grammy nechibemba by Chef 187 and Drifta Trek just to mention a few. Apart from directing music videos Emmanuel is into event management and content creation for different brands. He also has a diploma in law and he is trained in diplomatic and international relations.

Continue Reading
Advertisement
You may also like...
Related Topics:Emmanuel Chilala