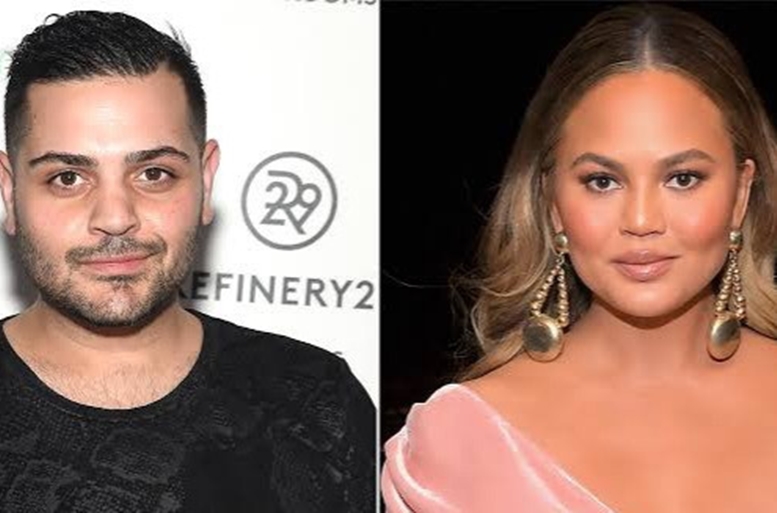 American model, Chrissy Teigen has reacted after it emerged that abusive DMs shared by Michael Costello claiming were from her turned out fabricated.

Chrissy has confirmed reports that Instagram messages Michael Costello claimed she sent to him are fake, and she’s coming out with her own receipts.

The clash between Teigen and Costello began earlier this week.

After Chrissy published a posy, apologising for her past “awful” tweets, Costello came forward and said he’s “traumatized, depressed and has thoughts of suicide” because of the model’s alleged bullying behavior years ago.

The fashion designer then shared purported screenshots of a direct message from 2014 as proof.

However, observant fans pointed out things that show that the DMs were falsified.

Chrissy Teigen has now responded, saying the DMs shared by Costello are fabricated.

She released a screenshot of their actual DM to show she didn’t bully Costello and the DMs he shared were falsified.

Chrissy also shared a statement from her lawyers.

She added in the caption: “No idea what the f*** Michael Costello is doing.

“He just released a statement where he didn’t at ALL acknowledge how fake the dm’s were, & now claims to have emails that don’t exist.”