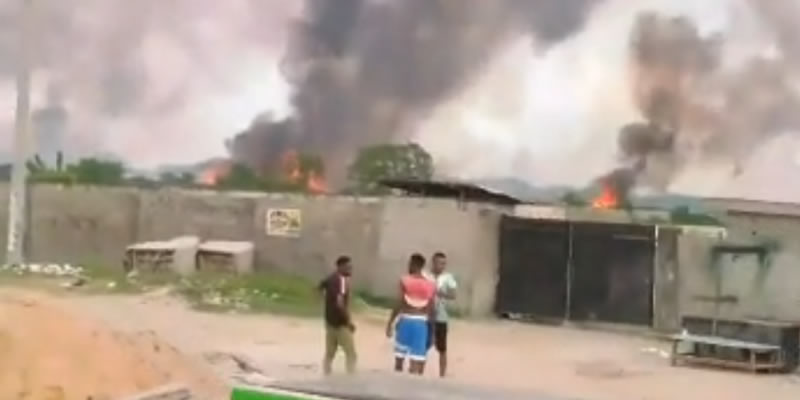 Pandemonium broke out on Sunday afternoon, November 15, at Abraham Adesanya, in Ajah area of Lagos State, following multiple violent incidents that led to the intervention of security operatives.

PHCityHype learnt that there have been several clashes between factions of hoodlums in the area, a recent clash was followed by series of robbery incidents on Saturday night which made Security operatives to intervene to restore calmness on Sunday morning.

According to eyewitnesses, there were multiple gunshots heard in the area after the arrival of the policemen who raided a notorious ghetto known as Bolar, where majority of the hoodlums use as hideout.

Chaos, however, escalated after the security operatives departed from the area. Hoodlums were reportedly setting properties on fire and looting stores. The incident has caused traffic along expressway in the area. a video from the scene, obtained by PHCityHype shows residents living within the vicinity scampering for safety.

Continue Reading
Advertisement
You may also like...
Related Topics:Lagos

Court grants leave to SERAP to compel Okowa, UBEC to account for fund
US President, Donald Trump finally admits that Biden won but with a caveat
Advertisement