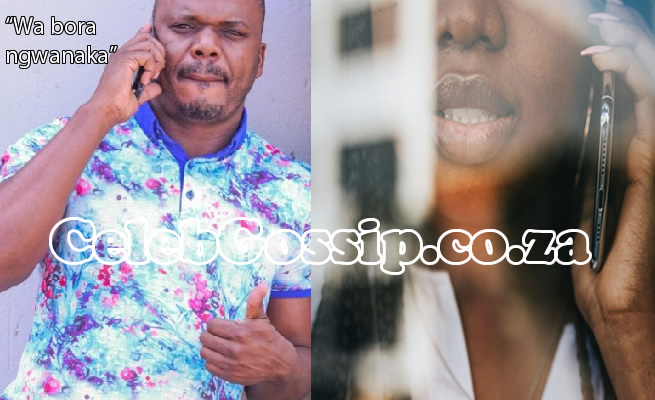 The woman who recorded Bishop Israel Makamu allegedly asking to know her in a biblical sense alleged that he touched her breasts and tried to kiss her.

In a police statement, seen by Sunday World, the woman – who cannot be named for legal reason, said she received a call from Makamu on September 10 2018 asking her to fetch the church building’s keys from him.

The woman, who was working as a receptionist at Makamu’s Endless Hope Bible Church at Alrode in Alberton, said when she met him on the road, he asked her to get into his car and promised to drop her off at her home.

When in the car, the married man of the cloth allegedly drove towards the direction of the church and told her he wanted to fetch something he had forgotten from the house of the Lord.

On arrival at the [church] office, he started “touching her breasts and tried to kiss her while telling her that he loves her”, reads the statement.

The woman said she managed to escape and went back home.

“Since that, he used to call her telling her that of all the people in the congregation, he had feelings for her.

“It continued like that until her roommate showed her how to record the voice call.

“She then recorded him while [he was asking] for sex and reported the matter to her parents who confronted him,” reads the statement.

The woman said Makamu refuted her allegations when her parents questioned him, and allegedly offered her father R1-million.

“But the father refused to take his money.”

The woman opened a case of sexual assault against Makamu at Midrand police station on May 19 and Makamu was arrested and released on R2 000 bail after appearing in the Palm Ridge magistrate’s court last Wednesday.

Makamu, who stepped down from his show Rea Tsotella, which airs on Moja Love, hogged media headlines last week when a truncated audio clip of him talking to the woman went viral on social media.

In the recording, the bishop could be heard asking the woman if she was alone because he planned to see her.

He then proceeded to ask the woman “o tlo mpha akere? [will you give me?]”, to which the woman – who refers to him as “daddy” – replies “no” multiple times before giving in and saying she would do so on Sunday.

When quizzed about the audio, Makamu said he was just asking for keys to the church building from the woman and not sex. Makamu declined to comment and said the matter is sub judice.

National Prosecuting Authority South Gauteng spokesperson Phindi Mjonondwane declined to comment, saying the NPA will not discuss the merits of the case in the media.

Continue Reading
Advertisement
You may also like...
Related Topics:Bishop Makamu

Huge blow for The Queen’s Harriet khoza
EXCLUSIVE: Enhle Mbali on struggling to have kids, her love life and learning to let go
Advertisement