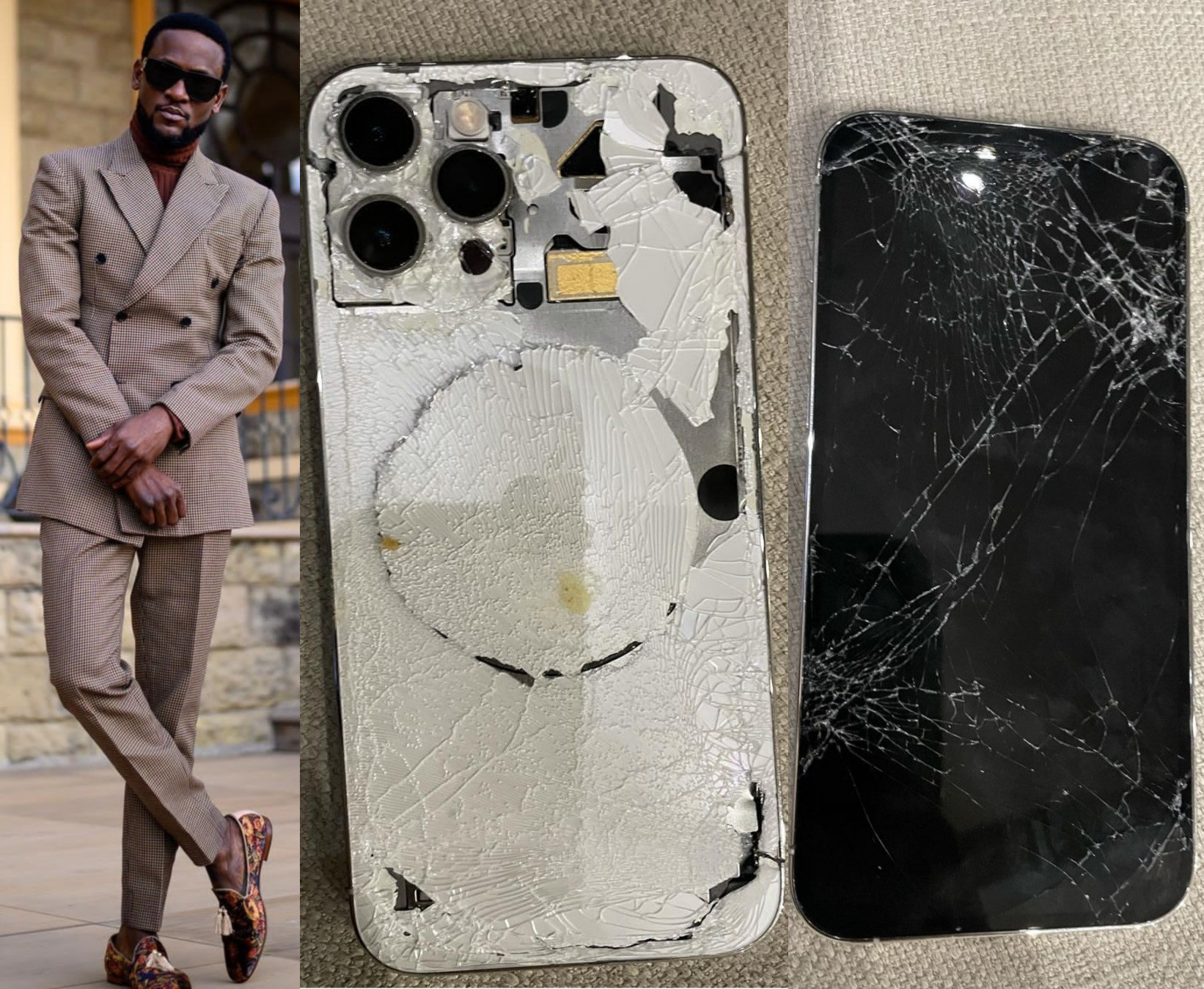 Reality star and actor, Omashola has narrated how he saved his life by fighting back during a robbery incident.

Omashola who became popular during BBNaija Pepper Dem reality show, said he was about to enter his car to head home when two men accosted him and tried to rob him. He said instinct pushed him into defence mode and he punched one of the men without thinking.

This led to a fight that resulted in his phone cracking.

He says thinking back on that attack now, he realizes what he did was dangerous because one of the men had a gun.

Read his narration of the incident below.

“Weeks back I was about to enter my car and head home when 2 guys stopped me and tried to rob me,
“I told myself to save yourself because I can’t save you. So I punched one of the guys in the face and the rest was history

“Today I said to myself “Nigga you stupid” one of those guys was cfarrying a gun and I was not even thinking I fucked up my hands and my phone crashed beyond repair from the stupid fight ” He wrote.

Continue Reading
Advertisement
You may also like...
Related Topics:BBNaija, Omashola