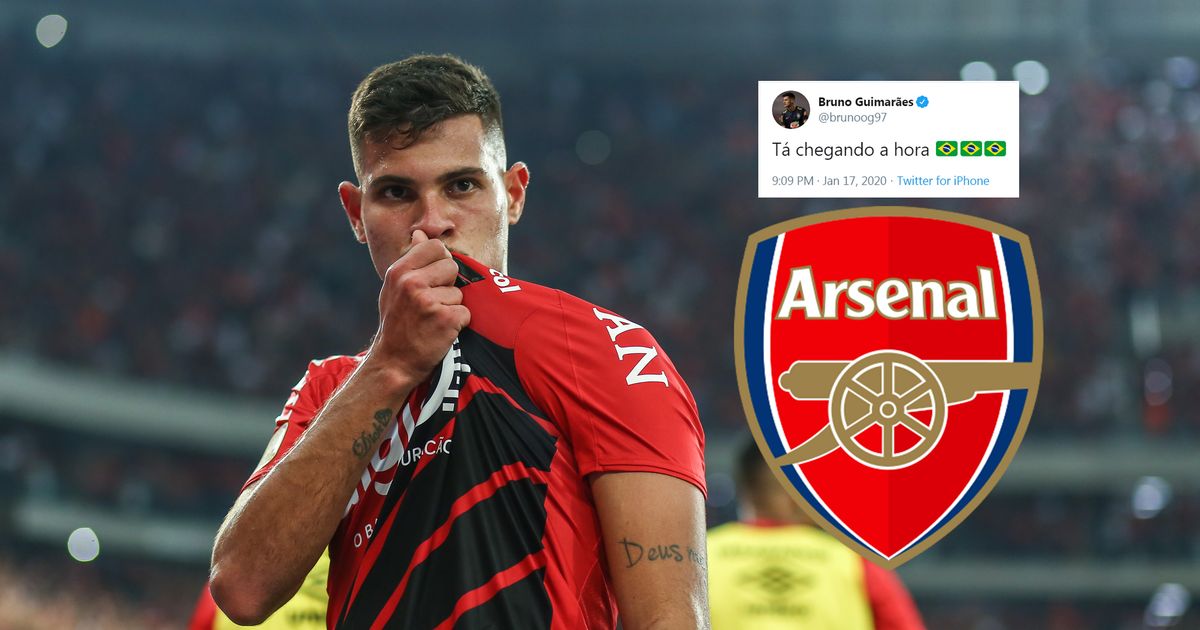 Bruno Guimarães. Who is he? Is he another plan of Jean Michel-Aulas’ just to raise funds for Olympique Lyonnais like Houssem Aouar’s reported interest.

Today I am going to be looking at Bruno Guimarães who is a reported target as of recent for Arsenal and seeing how he would fit into the side.

Background:
Bruno is 23 years old and plays for Ligue 1 side Olympique Lyonnais. He was born in Rio De Janiero, Brazil and has represented the Seleção mainly at the U23 stage but one time for the senior side.

He plays as a defensive midfielder and was snapped up by the French side for 18 million from Brazilian side Athletico-PR in January 2020. In 33 games played in the Ligue 1 this season he has scored three goals and one assist (very poor stats but we are talking about a defensive midfielder.)

In the Lyon system that he plays in as of now, in a 4231 he sits in the left DM spot behind the three CAMS or LM, CAM and RM whichever way you think about it. This could work in Arsenal’s current formation, for example, let’s look at the preseason match win against Watford. The 4231 was set out so the 2 DMs consisting of Partey and new signing Lokonga were sitting behind Nketiah on the left, Willian on the right and Nelson down the middle who was replaced by Emile Smith Rowe. Bruno Guimarães has the capability to slide in where Lokonga and Partey were or even do one better than them and move higher up the field into a more attacking position.

Now, let’s talk about the reliability of the sources and what the deal would look like. Jean Michel-Aulas is a familiar name to Arsenal fans. He is the current president of Olympique Lyonnais and is clear that he is in a tough situation. Lyon have some very talented players that want to exit the club, Depay already departed to Barcelona, Aouar has been wanting out including rumours to Arsenal & Liverpool for only £25m. However, when Arsenal first went in for Aouar, Aulas had demanded an unpayable amount. He then had to change the fee drastically this summer because in truth OL are struggling a lot financially. The evaluation that is realistic for Bruno is around £30-£35m. It’s not the worst and easily affordable if we are willing to invest. It should not be our number one priority though. A CAM such as James Maddison should be.

The source of this deal comes a lot from @ZRAFC who is a reliable Twitter account that reports on Arsenal news and where it comes from. It seems to come from a Brazilian journalist that has stated that Lyon are open to talks with Arsenal for a bid higher than £30m. This does not mean that Arsenal has confirmed any fee but there is reported interest. I will leave the tweets down below if you would like to read more on the reported interest.

So, Bruno Guimarães to Arsenal? Is it what we needed, sort of. Is it our priority, no. Do most Arsenal fans feel excited again with the prospect of this move and welcome it with open hands compared to other rumours this summer, YES. As many transfer deals take a long time, as I always say we will have to wait and see. But sometimes it is the hope that kills us, especially as Arsenal fans.