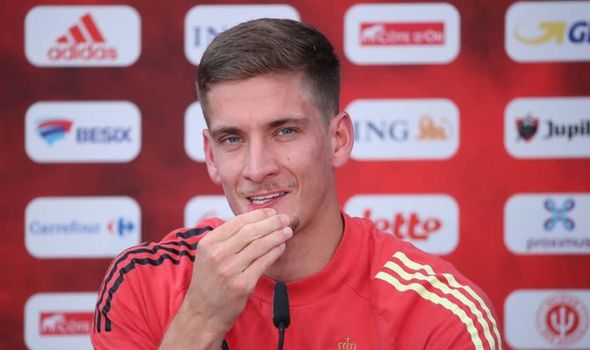 As per a report from Italian publication Calcio Mercato, Arsenal have joined the race to sign Torino striker Andrea Belotti.

The 27-year-old has been a star for the Maroons ever since moving there in 2015 and has become a reliable goal scorer. After scoring 13 goals in Serie A last season, the player was rewarded with a place in Italy’s squad for the Euros.

According to the report, the forward is available for £29m as he has only one year left on his contract. And the Gunners have joined Roma in chasing the striker as they look to bolster their attack.

But they also face competition from the likes of AC Milan, Fiorentina and Napoli. The north Londoners previously bid for Belotti in 2017 but it was rejected, and they chose to go with Alexandre Lacazette.

The Gunners are prepared to sell a number of players and the French forward could be one of them. If Lacazette is sold, the probability of bringing in the Italian striker goes up.

If the north Londoners do sign the forward, it will be a good move given the skillset that Belotti has. A striker who is quick, strong in the air and an efficient finisher is a deadly combination.

Assuming that the Italian comes in for Lacazette, it would reduce the responsibility placed on captain Pierre-Emerick Aubameyang. Having two elite finishers will only help the team score more goals. We will know more about the Gunners’ interest once Italy’s involvement at the Euros is over. The one factor that might make the English team hesitant is the striker’s consistency.

He has scored more than 20 goals in a season only twice since arriving at Torino but to the player’s credit, Belotti has been a leader in attack. Perhaps having excellent service at the Emirates Stadium will elicit more goals from the Italian.

Arsenal need to make a decision on what they want to do with their attack this summer and Belotti could figure in that process. The price quoted is fair compared to some of the fees we are hearing, and it would be a good value for money.