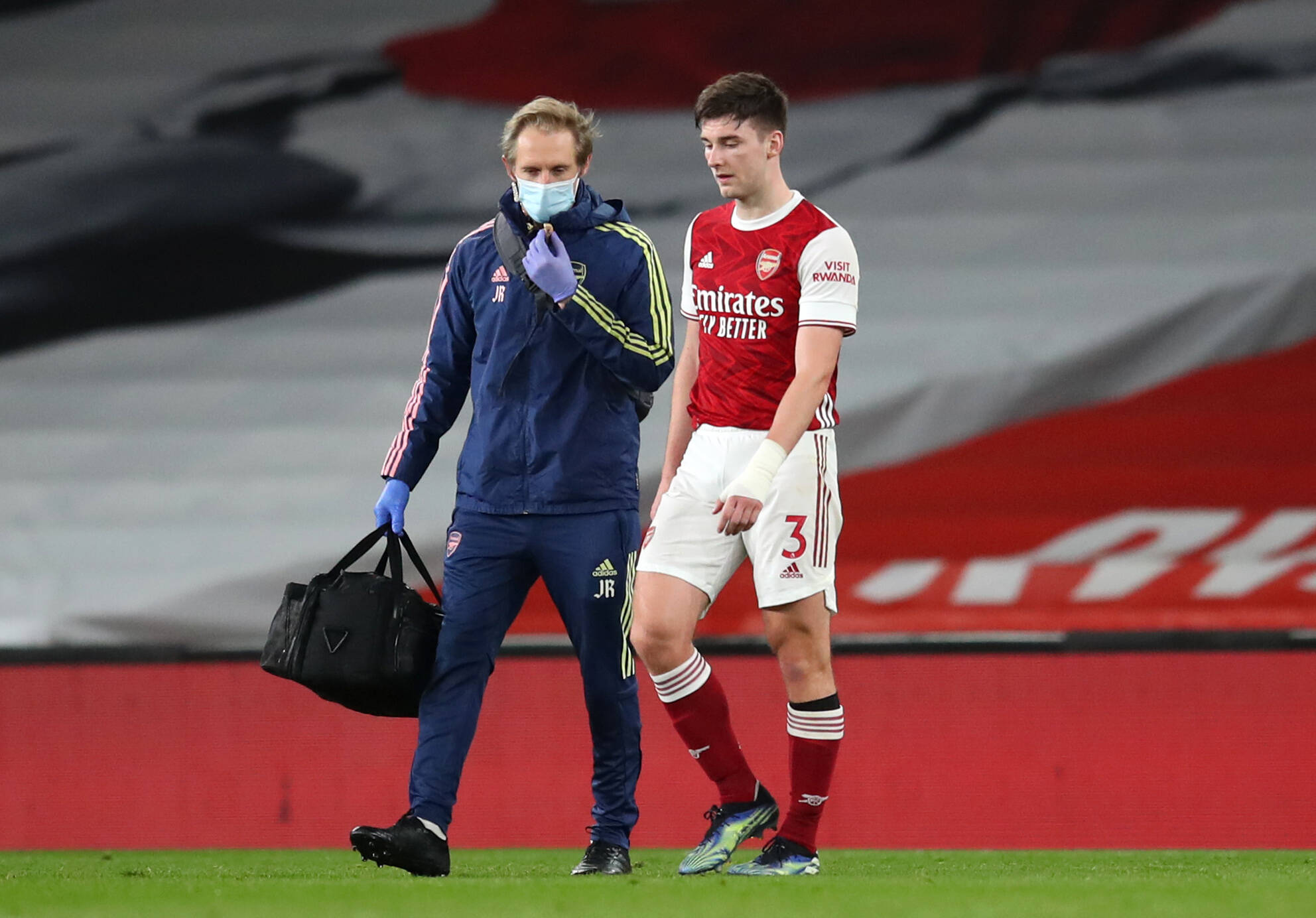 As per a report from the Daily Mail, Arsenal full-back Kieran Tierney is a major doubt for Scotland’s clash against England.

The left-back had another impressive season for the Gunners, emerging as one of the club’s best players. The 24-year-old is a key component of his country’s setup but had to miss the first game of the Euros with an injury.

Manager Steve Clarke was asked about the defender ahead of Scotland’s second group match. He mentioned that the team would not be taking a risk, as he told the Daily Mail:

“You can’t play with a calf injury. He is back light training, but that is a big difference to normal training. I wouldn’t think Kieran will train tomorrow. I can’t tell if he is going to be okay, that is the honest answer.”

Clarke also spoke about how this injury disrupted his plans for the tournament, the team’s first in 23 years. The boss added:

“I knew there was an issue 48 hours before the game. You are hoping when he wakes up the next day, he will be okay, and you can tell he has a chance. We’ll now just need to see how it develops and see how he does. And then decide from there.”

Without Tierney, Scotland’s preferable formation might have to be tweaked which isn’t a good thing to do in the middle of a big tournament. Playing with a 3-5-2 allows them to include both the Arsenal full-back and captain Andrew Robertson.

With both of them bombing down the left flank, it lets the Scots be more effective in attack. If they have only one of the two, they will struggle against England as they did against the Czech Republic.

It is a do-or-die clash on Friday when Scotland face the Three Lions, as failure to win would effectively knock them out. So, it would benefit Clarke to have the Gunners defender fit and ready to play.

Tierney is an exceptionally intelligent full-back who can contribute at both ends. Without him, the Scots will find it difficult to string their attack together and create chances.