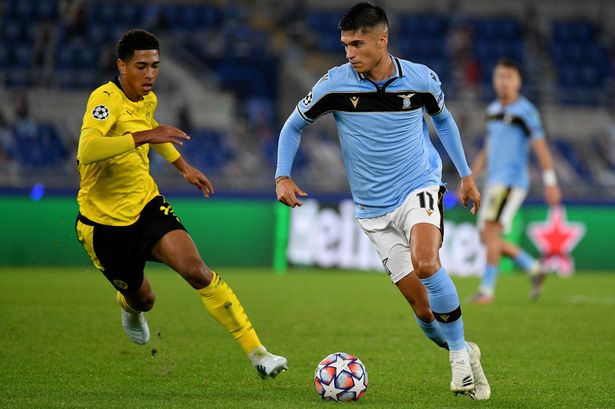 As per a report from Sky Sports Italia, Arsenal are looking to include Joaquin Correa in any deal with Lazio for Lucas Torreira.

After finding opportunities to be limited, the Uruguayan left on loan for Atletico Madrid where the midfielder won the Spanish league title. Correa has been one of the Italian club’s best forwards since moving from Sevilla.

Sky Sports Italia claim that Lazio have opened talks with Torreira’s agent over a possible deal. However, there are no formal negotiations between the club as of now, but they have sent a feeler to the 25-year-old regarding a transfer. The report further states that Arsenal are interested in Correa and could ask him to be included in a swap deal. It was reported earlier that the Gunners had made an offer for the Biancocelesti forward.

This would be a smart bit of business from the English team as it lowers the price they would pay for the striker and it has been clear since last season that Torreira does not seem to have a future in north London. It is going to be interesting to see how Correa fits in. A team that already has Alexandre Lacazette and Pierre-Emerick Aubameyang will find it difficult to make room for the Argentine.

Perhaps one of the two existing forwards would have to be sold to make space for Correa. Given that Lacazette is in the last year of his contract, it is likely that the Frenchman will be the one to make way. That is for another day as we wait and see what Lazio have to say about this proposed offer. Saving money would help the club fund other moves they are planning this summer.

If it works out, the north Londoners get a striker who is quick, skillful and able to play on the wings if needed. This versatility will certainly help Mikel Arteta who would have a more varied attack. Torreira is almost certain to leave the club and if they can get a player n return, it would be a great deal. It could be a move that benefits the Gunners and Lazio.