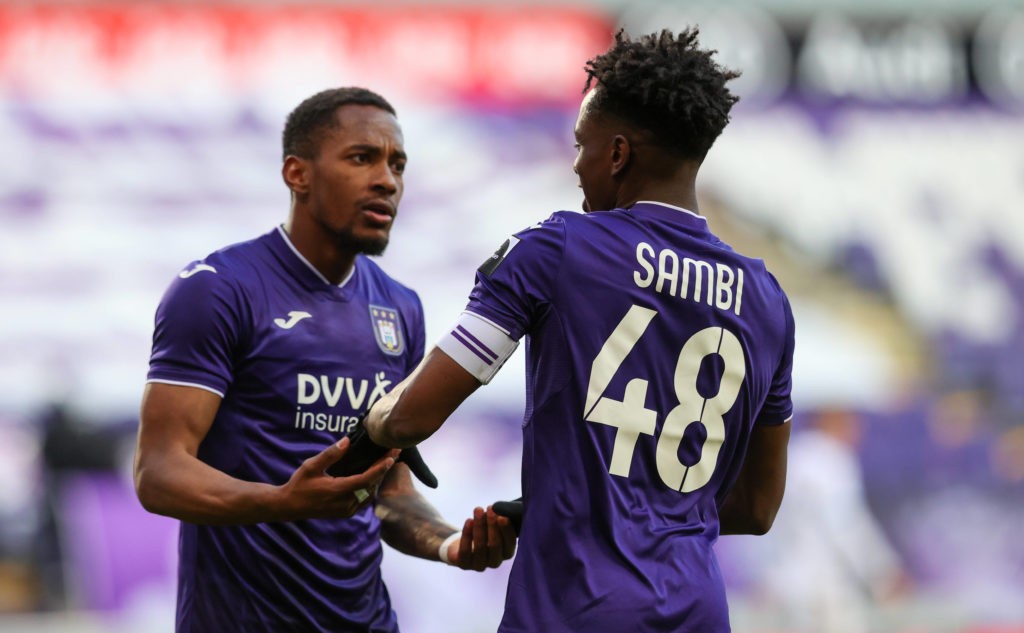 Arsenal’s pursuit of Anderlecht midfielder Albert Sambi Lokonga appears to be coming to an end as the club have now agreed on a fee, as per a report from Belgian outlet, Voetbal Krant.

The 21-year-old has slowly become a key member of the Anderlecht team. A fantastic dribbler who is capable of getting away from the opposition press with ease, the youngster would fit in well with the Gunners.

According to the report, the north Londoners have reached a breakthrough in negotiations and will pay a fee of €17.5 million. And with the inclusion of add-ons, it could rise up to €22 million.

One issue that had to be sorted out was the sell-on percentage that Anderlecht wanted to be at 15%. But as per Sky Sports (via Voetbal Krant), both teams have settled on 5% to go back to the Belgian side in case the midfielder is sold by the north Londoners. The report also states that the player is set to undergo a medical and the move will be completed soon.

A deal that has been in the works for some time now is coming to an end and the Gunners will be happy. They have managed to snag one of Belgium’s most promising young talents and that too for a decent price.

Lokonga might not be the only central midfielder that will arrive at the Emirates Stadium this summer. With the north Londoners looking for another more experienced option, getting this deal sorted out is good business. The sooner the deal is announced, the more time the player has, to be integrated into the squad. We could get to see the Anderlecht man in action during pre-season which starts next month.

The 21-year-old is the type of midfielder the club need to break through tough defences. He has the drive and technical ability needed to help Arteta find a solution against teams that like to sit deep. Crucially, Lokonga has all the qualities needed to succeed in north London.