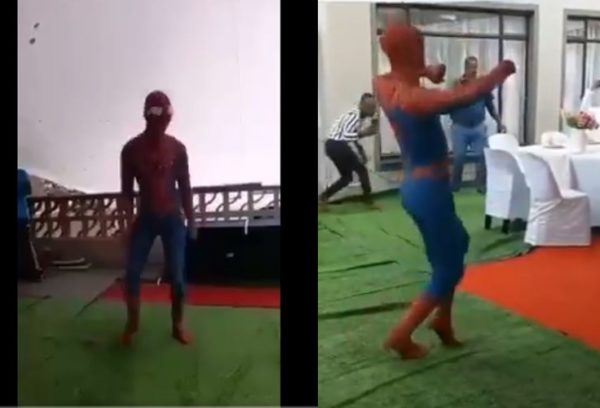 South African Spider Man appears to be better than Marvel Studio’s Spider Man when it comes to groove.

The SA Spider-Man has garnered lots of attention, and videos of him dancing at parties have gone viral on social media.

Whenever persons are dressed in superheroes’ uniforms at events, especially children’s party, it is expected that they serve some cozy dance steps suitable for children.

However, this particular spider man in South Africa is quite good with all dance moves, including Uncle Vinny’s dance.

Check out 5 times he wowed South Africans with his dance moves: