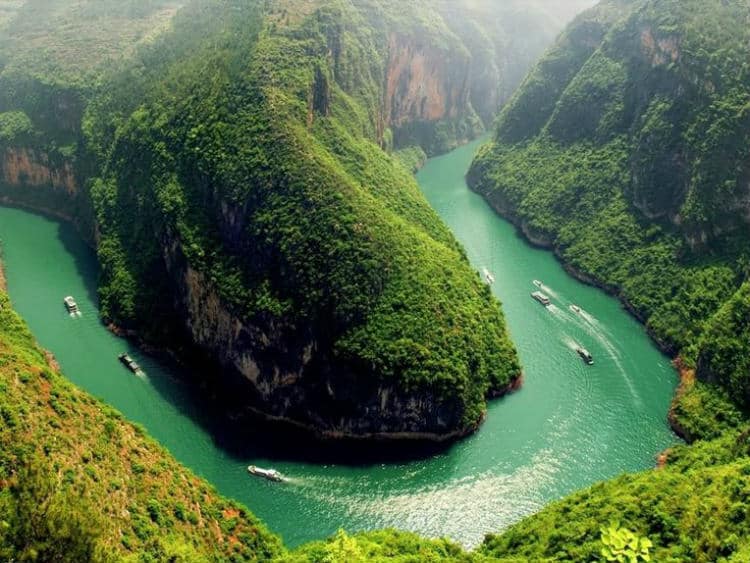 One of the most magical bodies of water is the river. It is beautiful to look at and has always been the bedrock of life.

Many cities and towns were created near rivers as a source of water for the community to thrive on. What is even more alluring about rivers is that they connect through so many different areas.

Unlike ponds or lakes, rivers wind through various places, some extend through entire countries. Rivers connect us and interlock us from different regions and cities.

One thing about rivers that attracts many people is the physical beauty of a river. It gleams and flows effortlessly, and can actually be quite romantic.

A river is the perfect place to take a lovely stroll near, or take a river cruise with someone you love.

All rivers are gorgeous from the small meandering ones that last a short distance, to the mighty, majestic few that span for miles.

If you love rivers and are interested in learning about the best ones globally, check out these 10 most beautiful rivers in the world.

This beautiful river is located in the northeastern part of Africa, and is north flowing. It is the longest river in Africa. It spans the length of 11 countries, including Ethiopia, Eritrea, South Sudan, Tanzania, Uganda, Rwanda, the Republic of Sudan and Egypt, and Burundi.

This river is Asia’s longest river and the third longest river in the whole world. It starts in the Tibetan Plateau and flows into the East China Sea, and is 6300 kilometers long. It is navigated throughout the entire year, and is a huge piece of Chinese history.

The Mississippi River is one of the biggest rivers in the world, and is the second longest river in all of North America. It is 2350 miles long, starting at Lake Itasca and flowing to its end at the Gulf of Mexico. It is a rich piece of history throughout the United States.

China’s second longest river is the Yellow River, and it is the sixth biggest river in the world. The less sediment in the river actually turns it yellow. The river is home to many attractions, like ancient cities, deserts, forest parks, grasslands and waterfalls.

This is another one of Asia’s longest rivers at 2640 miles long. It starts in the Altai Mountains and flowers through Siberia out into the Ob Sea. It is the source of polar freshwater for Kazakhstan and Russia. It spans a total of seven bridge systems.

This river is located in Switzerland and Italy. It is 15.3 miles long, and goes from the Alps Livigno Range and joins the Adige around Glurns in italy.

This river is Africa’s second longest river and is the deepest river in the world, at 720 feet deep. It is known as one of the world’s most beautiful rivers.

This river is in Siberia and flows into the Arctic Ocean. It is one of the longest rivers in the world, and flows 2734 miles long. For the majority of the year, it is frozen solid.

This river is the world’s biggest undamned channel of water. It is the ecosystem of over 100 different species of fish, and the endangered Amur Leopard is still in existence near this river.

Continue Reading
Advertisement
You may also like...
Related Topics:Rivers, World